As if building a revolutionary transportation system using magnets and vacuum tubes was not insanely ambitious enough, Hyperloop One has now extended its high-wire innovation act by claiming it will create an autonomous system to take passengers and cargo door-to-door.

The company unveiled what it is calling the Hyperloop One System in a series of events around the globe. The concept expands on the central idea — originally proposed by Silicon Valley godhead Elon Musk — to run train-like vehicles through tubes at insanely fast speeds.

Now Hyperloop One says it will eventually allow users to call on-demand autonomous pods that will pick them up and take them to a Hyperloop terminal, where the pods will glide into the larger train system. At the other end of the journey, the pod will exit the Hyperloop train and take the cargo or passenger to their final destination.

Giegel was speaking at this month’s Web Summit in Lisbon, Portugal, where he appeared on stage and gave a press conference with cofounder Shervin Pishevar. 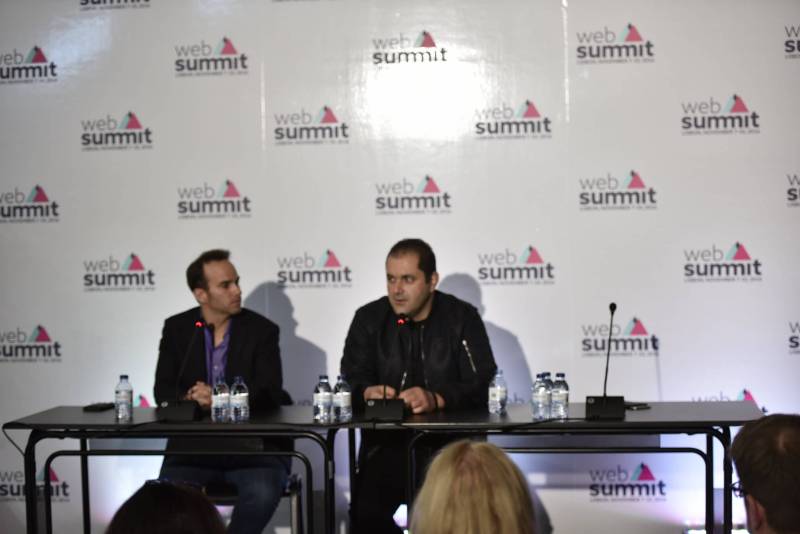 Since starting the company two years ago, the founders have been on a wild ride, one that has been bumpy at times.

Several days after the two appeared at Web Summit, Hyperloop One announced it had settled a messy lawsuit with a third cofounder, Brogan BamBrogan, and several former employees. Following the first successful test of Hyperloop One last spring, BamBrogan was thrown out of the company, resulting in a lawsuit that charged the other cofounders with financial misconduct, physical threats, and general mismanagement. The terms of the settlement were not disclosed.

That turmoil has at times eclipsed the rapid development of a system that many still place in the category of dreamy science fiction. Musk, founder of Tesla and SpaceX, originally suggested the idea of building a hyperloop system between San Francisco and Los Angeles in a 2013 white paper, but he promptly open-sourced the idea for anyone who wanted to try to make it reality.

That’s where Hyperloop One came in. Pishevar, a partner at Sherpa Capital, is best known as an early investor at Uber. Giegel is a former SpaceX engineer.

“Anything that comes from Elon is interesting and potentially world-changing,” Pishevar said, in explaining his interest.

The company has now grown to 200 employees and has raised $160 million in venture capital. Based in Los Angeles, Hyperloop One is building an extensive testing system in the Nevada desert. 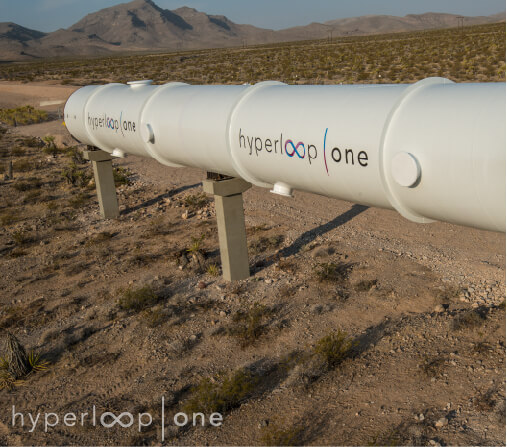 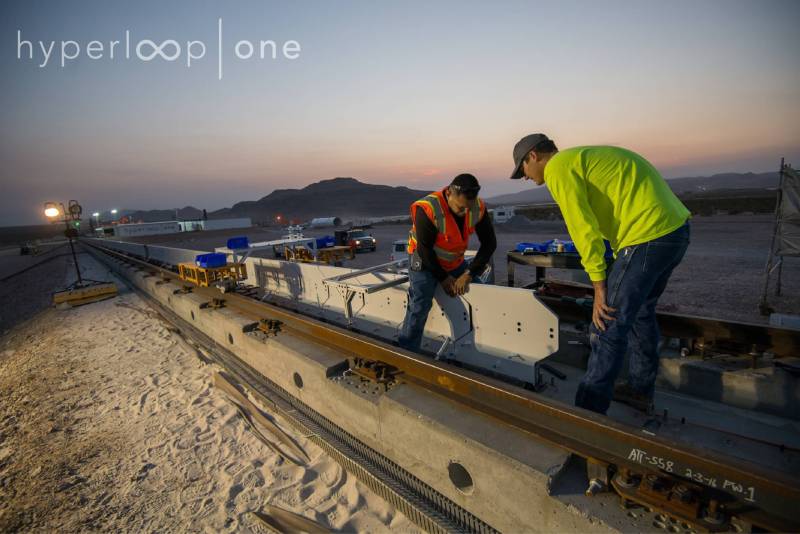 This is where the company staged its more limited successful trial last May, when it demonstrated that the basic transport system could go from 0 to 100 mph in 1.9 seconds.

For now, executives are sticking to their prediction that this Nevada system will be ready in Q1 2017 for the first full-scale test of a hyperloop system carrying cargo.

Meanwhile, the company announced earlier this month that it has signed a deal with the United Arab Emirates to build the word’s first hyperloop system to whisk people along the 99 miles between Dubai and Abu Dhabi in 12 minutes. Despite Musk’s original intention to see the system in California, Giegel said starting in the UAE would be cheaper and faster, thanks to fewer regulations and relatively new urban centers.

“I think the whole country is acting like a startup,” he said. “It’s as close to terraforming a planet as you can see here. And they have a deep belief that technology can make the world better.”

This was also where the company took the wraps off the Hyperloop One System.

Besides the UAE, the company has letters of understanding with the Finnish and Dutch governments to begin researching the feasibility of the concept in their countries. However, the cofounders said that even as they explore more potential sites, they are primarily focused on design, development, and testing over the next eight months.

Of course, there remain plenty of unknowns about the company and its prospects. Chief among them is how financing arrangements will evolve over time and who is going to foot the bill for the billions of dollars it will take to construct hyperloops. Will it be investors? Governments? Public-private partnerships? The answer will determine just how affordable and accessible the systems will be.

For now, the company says the price of a ride will be equivalent to a “bus ticket.” But it’s also emphasizing that the massive savings in time will factor into prices.

While much of the public focus is on passengers, the company’s initial focus is on building systems that move cargo. Pishevar said the ability to place cargo on a hyperloop at a port could transform delivery times. And down the road, when the infrastructure is in place to carry passengers, the time savings will not just be a convenience for passengers, he hopes it will revolutionize how people build cities, and where.

“If you view transportation at the next broadband, and you can move people and things much faster, then you begin to push the boundaries,” he said. “When you bring in the idea that you can travel 700 mph and you can live and work anywhere, the ideas of cities and states and governments begin to reorient themselves.”

Of course, the other selling point will need to be safety and comfort. The idea of whisking the human body at 700 mph over long distances still seems hard to fathom, and it has led some to joke that the system is a ticket to “puke city.” Giegel and Pishevar insist that the acceleration and turns will be controlled enough that the experience will seem uneventful.

“It’s a smooth experience that will feel like an elevator ride,” Giegel said. “This is grandma-friendly, kid-friendly, and vomit-free.”

Here is the video of their appearance at Web Summit: