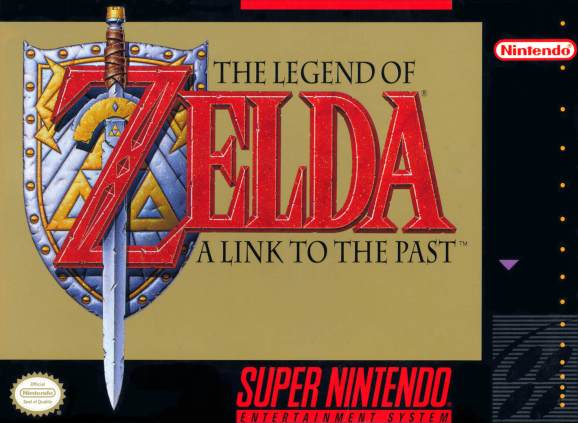 The Legend of Zelda: A Link to the Past box.

The Legend of Zelda: A Link to the Past came out in Japan on November 21, 1991. That makes the Super Nintendo classic 25 years old today.

These days, Zelda is one of the most recognizable franchises in all of gaming. But back in 1991, A Link to the Past was just the series’ third entry. It was also the first Zelda game for the Super Nintendo … or for any console that wasn’t the NES. It was also something of a return to form the franchise. The previous Zelda Game, Link’s Adventure for the NES, is vastly different from the original. It features side-scrolling action and role-playing game elements like experience points, which aren’t part of the first Zelda (or any others … besides those awful CD-i games).

A Link to the Past brings back the top-down perspective of the original. But it isn’t just a prettier version of the first game. A Link to the Past is innovative thanks to its Dark World concept. Players move between two different versions of the same map in order to solve puzzles and finish the game. And, unlike in Star Trek, no one suddenly grew an evil goatee.

We’ve seen similar dual-world mechanics show up in other games, like Metroid Prime 2: Echoes, the Persona series, and even other Zeldas, like Twilight Princess. It still shows up today in modern hits like Guacamelee and World of Warcraft. It’s been used in so many others that TV Tropes (a site dedicated to listing fictional elements and formulas) has a whole page dedicated to the Dark World idea filled with even more examples.

Zelda went 3D with the Nintendo 64’s Ocarina of Time, but Nintendo still releases entries in the series that more closely resemble A Link to the Past. This is especially true for Zelda games on portable systems. Just in 2013, Nintendo released A Link Between Worlds for the 3DS, a direct sequel to A Link to the Past.

If you want to play A Link to the Past today and don’t want to go through the trouble of plugging in your old SNES, you could buy digital copies for the Wii U or 3DS via the Virtual Console stores. Or you could just wait for that inevitable SNES Classic Edition to come out.