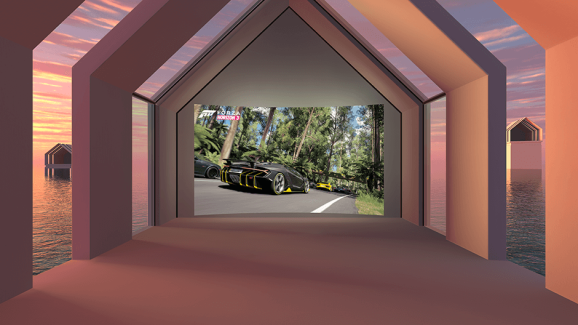 Streaming Xbox One games into an Oculus Rift.

Beginning December 12, Oculus Rift owners will have the option to stream Xbox One games from their console to the Oculus Rift using a new app from Microsoft. This does not put you inside of the games, but it will give you a way of playing them on a gigantic virtual screen. Anything that runs on your Xbox One, including Forza Horizon 3, Halo 5: Guardians, or backward-compatible Xbox 360 games, will run in the Rift, and you can use the wireless Xbox One controller that came with your Rift to control the games. The “Xbox One Streaming to Oculus Rift” app is a free download on the Xbox One app store.

This is part of Microsoft’s ongoing relationship with Oculus VR. The Rift debuted in March for $600, and that VR headset only works with Windows 10 headsets and comes with the aforementioned bundled Xbox One controller. Microsoft has also announced plans to bring VR to the upgraded Xbox One Scorpio console that’s going to launch in late 2017, but it has not confirmed whether it will support Oculus devices.

We’ll attempt to test out this new streaming app once it launches, but for now you can see an early demo of the technology that Microsoft and Oculus teased way back at the Electronic Entertainment Expo trade show event in 2015: