In the $36 billion mobile gaming market, Russian developers and publishers are on the rise. And one of the fastest-growing companies is Playrix, which quietly became the No. 2 game publisher in Europe in mid-September, according to market researcher App Annie.

Playrix is a rare company because it has produced three international hits (Township, Fishdom, and Gardenscapes), and it has also been successful self-publishing its games in China and Japan — a rarity for non-Asian game companies. Rather than make fancy high-end games, Playrix specializes in casual titles such as match-3 games and town simulations. Those hits have helped it become one of Russia’s fast-growing companies.

Playrix’s apps grossed at least twice as much as the next local competitor, Murka, in the second quarter of 2016. The company launched Gardenscapes: New Acres in late August, and that helped propel the company to one of the top 20 mobile game publishers by revenue. The company has more than 450 employees in Volgoda, Russia, and 70 other cities. Low development costs in Russia have helped the company be more competitive and profitable, the founders said. But that’s not the only thing that helps them stand out.

“Quality prevails in everything we do,” said Dmitri Bukhman, in an interview. “The key is updating and making our games better and better each time.”

The titles aren’t always completely original. Rather, they’re often based on other hits. But each game has its own unique twists.

“We pay a lot of attention to the details to get players to keep coming back,” said Igor Bukhman, cofounder of the company, in an interview with GamesBeat. 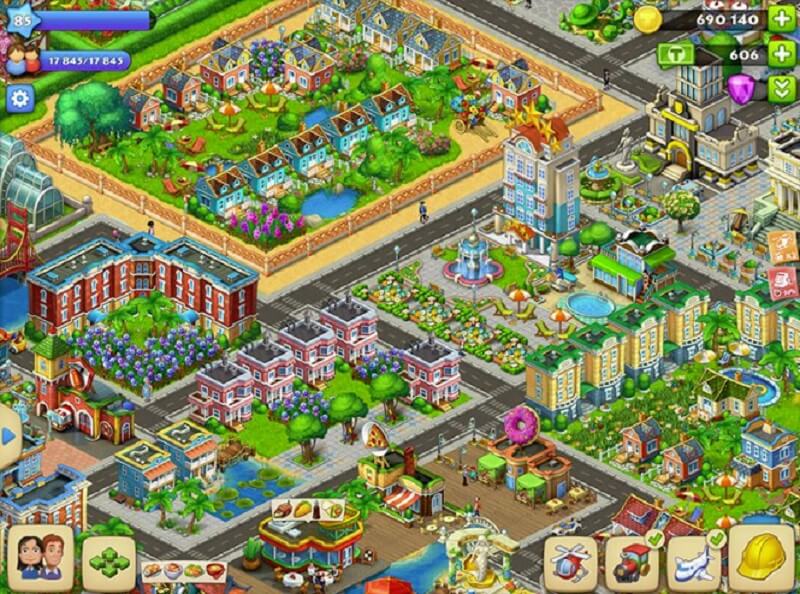 Above: Township is one of the games that has pushed Playrix to No. 2 in Europe’s mobile game market.

It’s been a long journey for the 12-year-old company, which competes with the likes of Zynga, Jam City, and King.

About 15 years ago, during high school, brothers Igor and Dmitri Bukhman started selling shareware programs on the internet in their hometown, Vologda, Russia. They created their first game, called Discovera, which made $70 in its first month.

“At the time, that was a nice figure for us, and so we were very excited about this. We did that for three years, working from home,” Igor Bukhman said. “Then I graduated from the university. Then we started Playrix in 2004.”

At first, they specialized in casual downloadable games. Their games were published on portals such as Big Fish Games, which was focused on casual PC downloadable games at the time. From 2006 to 2009, Playrix released award-winning games for the PC such as Fishdom, Gardenscapes, 4 Elements, and Royal Envoy.

By 2009, Playrix started working on free-to-play games, Igor Bukhman said. In 2012 the company shifted yet again and launched its first game on Facebook, dubbed Township. The town simulation game took off and grew to 350,000 daily active users. It became one of the top 50 grossing games on Facebook.

But as early as 2010, the company started thinking about mobile, even as it continued doing games for Facebook, Dmitri Bukhman said. 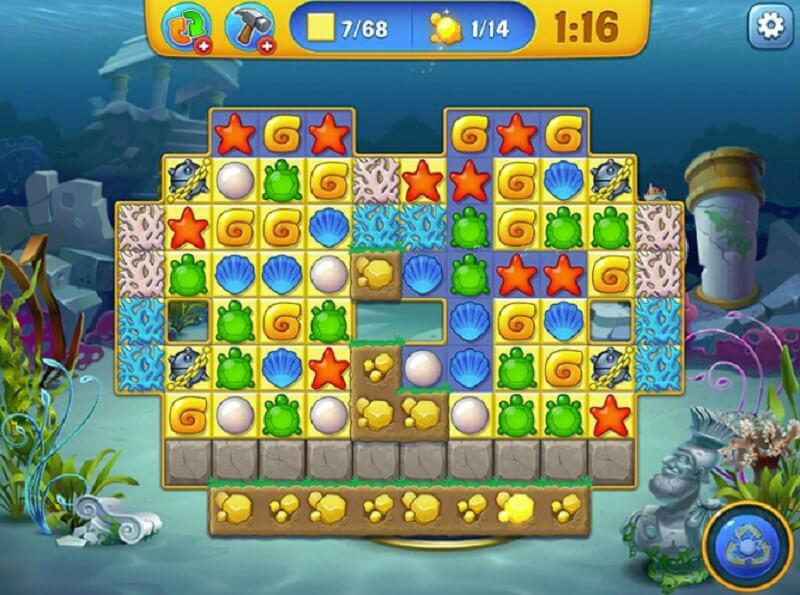 Above: Fishdom is a match-3 game.

“That turned out to be a smart move,” Dmitri Bukhman said.

In 2013, the company released Township globally on the iPhone. Although, the game shared the same name with the one on Facebook, it was a completely different game, designed for mobile from scratch. Township has consistently been in the top 50 grossing games for iPad and the top 100 for iPhone since its launch in all key markets. Township has had more than 100 million downloads to date.

In 2014, Playrix started to spread out to new locations. In December 2015, Playrix released its second free-to-play mobile game, Fishdom: Deep Dive. It has become a successful free-to-play project, as well as our first game developed by a distributed team. That game catapulted Playrix past many of the other mobile game developers in Eastern Europe. Along the way, Playrix has studied its peers and paid close attention to what makes them successful.

“We are not saying we the most innovative company,” Igor Bukhman said in an interview. “We want to create hit games. We combine things that work in a unique way. We don’t clone. We create something new, but base it on something that is already proven successful.”

Rising up the ranks in mobile 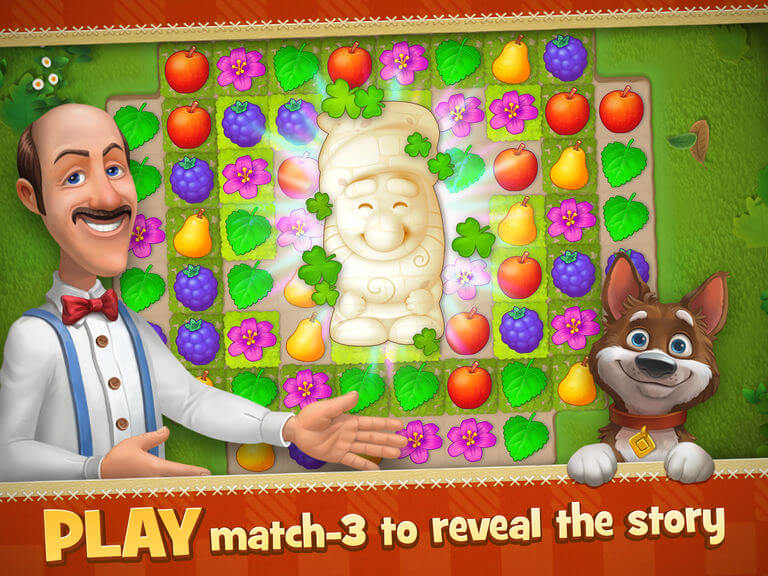 Township has more than 1 million daily active users in China, and it has consistently been in China’s top 50 grossing games. In September, Playrix’s Gardenscapes: New Acres was the No. 10 downloaded game in China, according to market researcher Newzoo.

Township, Fishdom and Gardenscapes have all consistently been in the top 15 to top 50 grossing charts in more than 50 countries worldwide.

In contrast to the hit Candy Crush Saga, Fishdom and Gardenscapes have no map screens, no level replays, and no star-rating systems. But the two match-3 games have strong meta games which make them stand out.

Many of the company’s employees work remotely, and much of the communication happens online. To mitigate the effect of work across multiple time zones, the company sets overlapping hours to keep the teams in sync.

The challenge is how to stay on top in a mobile game market that is full of clones and copycats. The brothers say they can stay competitive by focusing on quality and making hits. And their eyes are always on the No. 1 European game maker, Supercell of Helsinki, Finland.

“We admire Supercell when it comes to game design,” Igor Bukhman said. “It’s very tricky to continue to improve a game with every update.”

Playrix hasn’t tried that hard to make its company name known throughout the world. Instead, it has focused its energy on making its individual games successful. But if it keeps succeeding with each individual title, the Playrix name may become much better known. At some point, to stay competitive, the company may need to team up with brand owners and license famous entertainment properties. That’s all part of the company’s continued evolution.

“The competition is really tough now,” said Igor Bukhman. “Working with brands is logical. You need to find them and work with them, where it makes sense.”