Underkoffler: I think it’s fair to say we’ve already exceeded everything we put in the film and that I’d imagined behind the scenes. But our road map at Oblong, what we have, will occupy the next 10 years. We have enough new stuff – not incremental improvements, but genuinely new things – to keep us busy for a decade. 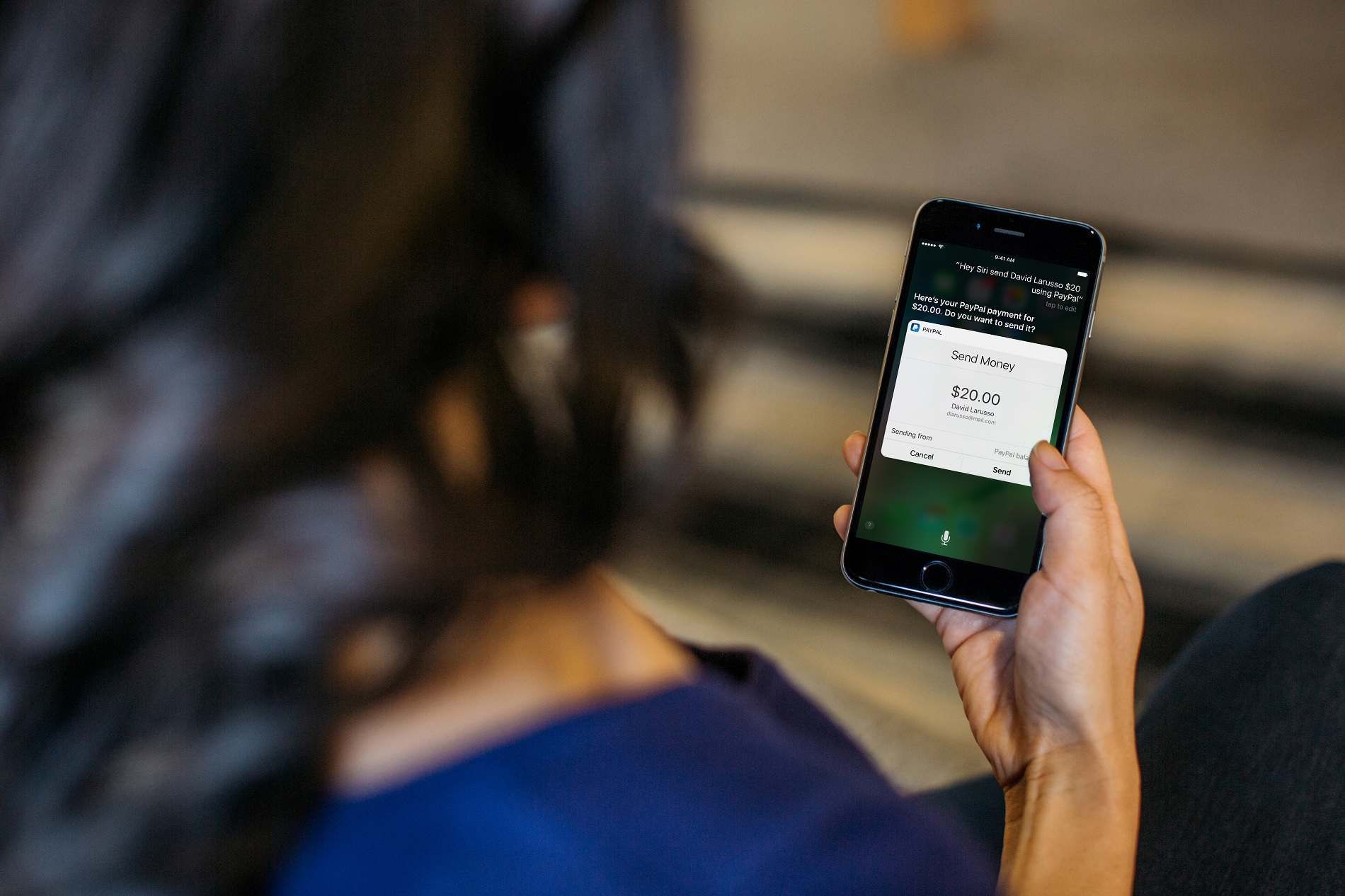 Above: Telling Siri to send money through PayPal.

VB: I don’t know if I would guess, but putting computer vision to work, or voice commands?

Underkoffler: There’s a huge set of projects around integration with other modalities like what you’re discussing. Our view, our philosophy, is very clear. We never want that stuff to replace the human as the most important participant. But if machine vision can find business cards in the room, or documents we lay down on the table, and automatically import them into the digital work space, absolutely. If we can make speaker-independent voice recognition work flawlessly in an extended environment like this, where it can even respond to multiple people speaking at the same time, that would be immensely powerful. Then we have a room where all existing human modalities are welcome and amplified. That’s one of the vectors we’re pursuing.

VB: You mentioned that it costs about half as much as a telepresence room. How much do those cost? What order of magnitude are we talking about for one room? Or I guess you have to have two rooms.

Underkoffler: You don’t, actually, and that’s important. Even when there’s one room, the idea that a bunch of people can come in and work with each other, rather than one at a time or separated by these, is transformative. We do as much work internally in a single room, not connected to any other room, as we do when the rooms are connected together. Unlike the telephone or the fax machine, it’s fine if you have only one.

Pricing really depends on the size of your space, how many screens, what kind of screen, what size. Do you already own the screens? Do you want to buy screens? Typically, like we say, it’s half the price of telepresence. Telepresence is really about high fidelity voice and video delivery of people talking to each other, the in-room personal piece. This layers on infopresence, all the content and information everyone brings to the table to discuss. You have the opportunity to surround the entire team. We have two walls here with screens, but it could be three or even four. You can take the notion of immersion as a group to a whole different level that you can’t do with any other kind of technology.

VB: How long before you get to medium and smaller businesses being able to use this?

Underkoffler: Do you remember in Star Trek II, where they decide to not speak openly on an unencrypted channel? [laughs] The answer to your question is: sooner than you might guess. We did just expand our war chest, so to speak, to fuel some wonderful growth and development. There are lots of good things coming. We’ll be introducing at least two major iterations on the product in 2017.

VB: Digressing a bit from Oblong, back to Minority Report, what benefit do you see in attaching a science advisor to a sci-fi film, convincing people that what they’re going to watch is plausible? When did that become a common thing?

Underkoffler: I’d have to nominate Andromeda Strain, for which Michael Crichton undoubtedly did his own science advising. Robert Wise directed, but I remember seeing it and being blown away, because every element of it – all the technology, the dialogue, even the passion that the scientist characters infused into this fictional world – is real. It may be the world’s oddest instances of product placement. I don’t suppose they actually bought telemanipulators for the scenes where they pull the top off the crashed space probe and yank out the synthetic life form and the rest of that. But it’s all real. The excitement of the film derives from the fact that there’s no question it’s real.

The dialogue Paddy Chayefsky wrote in Altered States stands as the single best depiction of how scientists actually sound when they’re excited, and in some cases drunk. That’s cool. After that, one thing that’s interesting to look at is a 1984 film by Martha Coolidge called Real Genius, which was Val Kilmer in a comic mode at a lightly fictionalized Cal Tech. But all of the stuff, including the student experience and the political interactions and the alliances with DARPA and other government funding agencies, all of it was shockingly real and authentic. It’s because the production hired a guy named Dave Marvit, who has since become a friend. He was a recent Cal Tech graduate.

If you remember back in those days, there was Weird Science and some other movies, and they were all – with the exception of Real Genius – kind of in the same mold. Someone decided that they would have a very sketchy picture of what it’s like to conduct science, to be an engineer, to be creative in those worlds. Then you hang the presumably ribald comedy on that, where at the end of the day it’s about seeing other naked human teens. But with Real Genius the effect is completely different, because you’re immersed. There’s that word again. You’re immersed in a world that you can relate to. It’s only because of the authenticity of every little detail. 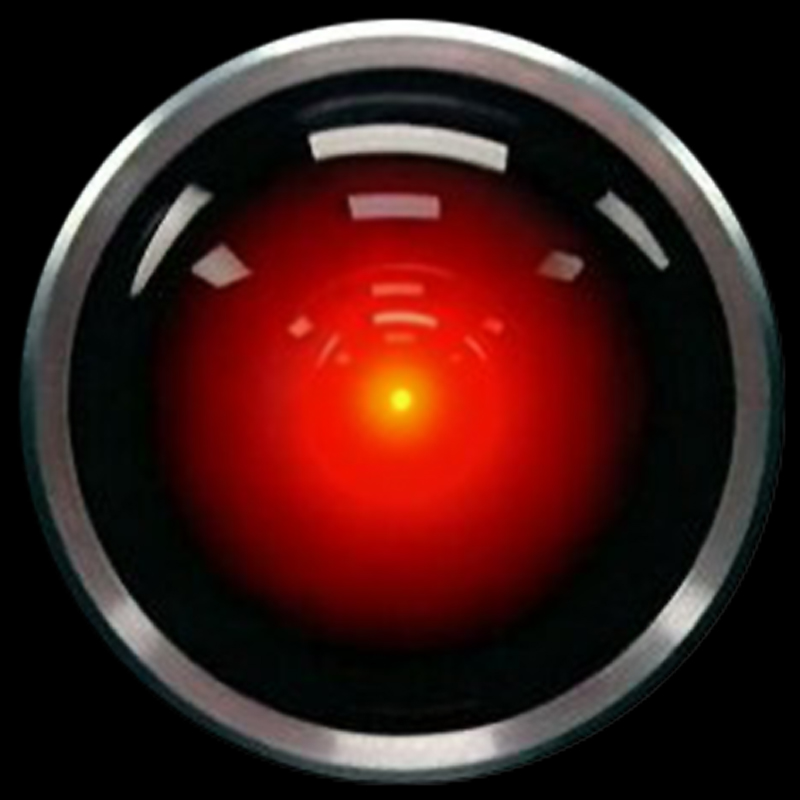 VB: An example I think of is 2001, where you have the computer that goes rogue, and the HAL initials are a nod to IBM. Had they not put that in—the film is still good, but it’s somehow deliberately reminding you of reality.

Underkoffler: That was part of Kubrick’s genius. Now we’re going backwards from Andromeda Strain, and I should have started with 2001, but part of his genius was that he cared about the tiniest details. He went at it until he personally understood all of it. You have the really interesting implications, and it’s not about product placement. It’s about verisimilitude. Bell Telephone is in business and now has this different form factor, because you’re making a call from the space station. I forget what the other recognizable western brands are, but there’s a hotel and others. It was about showing how the world will remain commercial, even when we have everyday space travel.

Then you bolt that on to all the NASA-connected research he did. You have Marvin Minsky designing these multi-end effector claw arms for the little pod they fly around in. Everything is considered. It’s not just icing. It’s the cake, in a sense. It’s how you end up in that world, caring about it.

VB: I wonder whether these walls are coming down faster, or that the connections are getting stronger. The thing I point to—I had a conversation with the CEO of Softbank, and I asked him, “What are you going to do with the $100 billion you’re raising from the Saudis?” He says, “We’re investing for the singularity. This is something we know is going to happen in the next 30 years and we’re going to be ready for it.”

Underkoffler: So he’s predicting singularity in 30 years? I’ll bet five dollars that’s not true. Tell him that. I’ll see him in 30 years.

VB: I asked about what Elon Musk has been saying, and everything science fiction has predicted about the dangers of AI. He says, “Fire was not necessarily good for humans either. But it does a lot of good for us. Someone’s going to do this.”

Underkoffler: If science fiction becomes part of the standard discourse, if everyone expects to see a lot of that on TV, that’s good, because it leaves room for—let’s call it social science fiction. Pieces that aren’t just about technology, but about the kind of social, political, and philosophical consequences of technology. That’s why Philip Dick was so fascinating as a writer. It’s why Westworld is interesting.

How about Black Mirror? Black Mirror is specifically about that. That’s way more interesting, way more exciting than just seeing a bunch of people flying around. For my money, that’s when stuff gets really good. That’s when humanity is actually talking to itself about decisions — what matters, and what happens if we do or don’t decide to pursue this or that technology. It’s probably a dangerous thing to say we’re just going to pursue technology. Did Prometheus think what might happen when he gave us fire? Or was he just like, “I’m pissed at the gods, here you go”? That ladder feels to me like a lot of what’s happening. Let’s pursue technology because we’re technologists.

VB: That’s why I thought the story in the new Deus Ex game was interesting. Human augmentation is the theme, so they predicted that it would divide humanity into two groups. The augmented humans are cutting off their arms to have better arms and things like that. Then the natural humans are saying this isn’t right, that it’s going too far. Terrorism happens and one group blames the other, tries to marginalize and ghettoize the other. The notion is that division in society is an inevitable consequence.

Underkoffler: I think that’s smart, and that’s right. There’s always haves and have-nots. It’s important to go back to the earlier days of sci-fi, too. There’s an amazing short story by Ray Bradbury called “The Watchful Poker Chip of H. Matisse.” This guy who nobody’s ever paid attention to, because he’s really boring, loses an eye in an accident. He’s able somehow to commission Henri Matisse to paint a poker chip for him and he puts it in his eye socket. Suddenly people are really interested in him, and the rest of the story is about him having these willful accidents. He loses a leg and builds this gold bird cage where his thigh would be. He becomes an increasingly artificial assemblage walking around like a curiosity shop. But there’s a social currency to these alterations.

Are you seeing anything really great coming to light in the game world these days around collaborative gameplay? Not multiplayer, but collaborative.