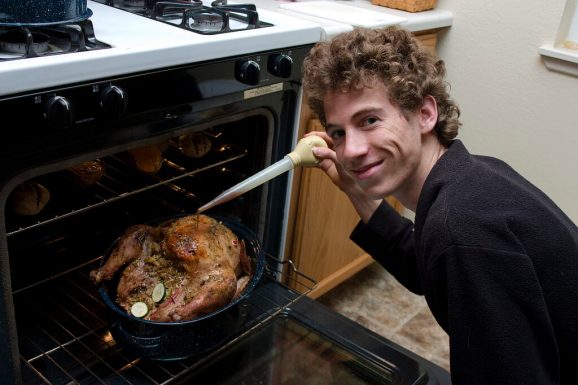 Amazon’s Alexa spent a lot of time fielding questions this Thanksgiving — about cooking and a whole range of other topics — an Amazon spokesperson told VentureBeat.

The spokesperson did not share just how many questions people asked Alexa-enabled devices but said questions and commands increased 356 percent this Thanksgiving compared to last year.

Interestingly, Alexa users were more interested in things like music than they were in turkey prep or pie recipes.

Alexa owners asked for “upbeat, dance tracks for their gatherings with family and friends,” the statement said.

The five most requested songs were:

The five most requested holiday songs were:

In the days prior to Thanksgiving, the results of a survey found that more than 40 percent of Amazon Echo owners use the device for music.

The survey was conducted by Consumer Intelligence Research Partners(CIRP).

“CIRP estimates that for US Amazon customers, awareness of Amazon Echo increased to 69 percent as of Sept. 30, 2016, up from 20% as of March 31, 2015, the first full quarter following its introduction,” CIRP said in a statement.

Amazon has sold 5.1 million Amazon Echos since the device was introduced in late 2014, according to CIRP estimates.