Those big vikings in Canada have some big bucks to invest in games for Facebook’s latest platform.

Big Viking Games announced today that it’s launching a $10 million publishing fund to help third-party development of HTML5 Messenger Instant Games. The company has been working on HTML5 research for nearly five years, and it projects that this new platform presents the industry’s next $100 billion opportunity (though this remains to be seen). Messenger-style apps are key to game distribution in Asian markets led by companies like Tencent and Line, but that business model hasn’t caught on in the West — and Line has even abandoned the United States. But with Facebook jumping into this space, it could make this gaming business work as long as the technology functions as promised. And that could benefit a company like Big Viking Games. 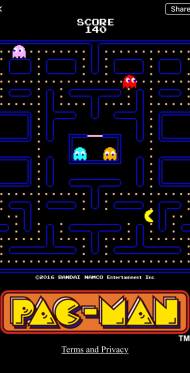 The publisher will help game makers with development and marketing, and it’s also has a data science platform from Gallop Labs to help with user acquisition and live operations in Messenger Instant games.

These messenger games work differently than standard mobile games. You don’t download them from an app store. To play the games on Messenger, you simply hit the controller icon in the app. But during a limited play session shortly after launch today, I experienced a great deal of input lag while playing Pac-Man and Space Invaders inside Messenger while logged into a Wi-Fi network, making these both nigh-unplayable.

Also, by integrating games directly into its popular chat app, Facebook is giving developers a chance to make their games more discoverable outside of the iOS App Store or the Android Google Play market. In turn, this also gives Facebook access to any potential revenue generated by the releases on its Instant Games platform. For now, the company doesn’t plan to feature any microtransactions or other means of making money from Instant Games, but that is something that will come in the future.

“We believe there is a massive amount of talented developers that are hungry to work on new platforms that provide new more interesting opportunities around instant games on messengers,” Big Viking Games CEO Albert Lai said in a canned statement. Its Galatron launches December 15. “We are excited to partner with other game developers to leverage our know how, technology and distribution channels to help studios, of all sizes, capitalize on this new amazing opportunity with mobile HTML5 games. The focus of this publishing fund is to allow us the flexibility to work with other studios, IP holders, and companies looking to enter the HTML5 messenger gaming market.”