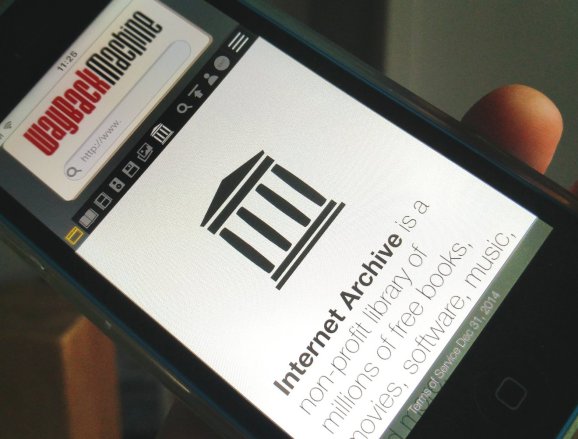 The Internet Archive has been documenting the web’s evolution for exactly two decades, letting anyone revisit the Apple homepage in 1998, the New York Times in 2001, or VentureBeat in 2006 by plugging their desired URL into the Wayback Machine.

The nonprofit’s engine crawls the web, taking snapshots on different days to maintain a public record of how the internet is changing. But the broader archive also serves as home to a massive amount of content — such as ebooks and video games — it’s like a library for the digital age. As with their brick-and-mortar counterparts, however, digital libraries aren’t impervious to social or environmental threats, which is why the Internet Archive is now seeking to build a backup of its gargantuan database in Canada, to prepare for a web “that may face greater restrictions,” the company says.

“The history of libraries is one of loss,” explained the Internet Archive’s founder, Brewster Kahle. “The Library of Alexandria is best known for its disappearance. Libraries like ours are susceptible to different fault lines: earthquakes, legal regimes, institutional failure.”

With at least 15 petabytes of captured online content spanning web pages, video, images, and more, the Internet Archive has a lot to lose, should certain conditions come to pass. A few weeks back, Donald Trump became president-elect of the U.S., home to many technology-focused organizations — including the Internet Archive. At the time, Kahl noted he was “shocked” by the outcome, but he remained positive, saying:

I am a bit shell-shocked — I did not think the election would go the way it did. I want to reassure everyone we are safe — funding, mission, partners have no reason to change. I find this reassuring, hopefully you do as well.

The outcome of the election has led to concerns about what a Trump administration would mean for technology companies in the U.S., with issues around surveillance and encryption a particular cause for concern. Trump made a number of statements against the technology industry during his presidential campaign. He had also called for the public to boycott Apple products over the company’s refusal to help the FBI unlock an iPhone belonging to one of the San Bernardino killers. Concerns about a Trump administration’s stance on privacy have been filtering into the public’s consciousness, with a reported rise in downloads of a number of privacy-focused consumer products.

Given that lies and fake news played a crucial part in the 2016 U.S. presidential election narrative, it is somewhat notable that the Internet Archive had launched the Political TV Ad Archive back in January to help journalists fact-check claims made during political campaigning. Now, as the Internet Archive commits to creating a replica of its digital collections in another country, it represents one of the first big technology brands to react to the election result by announcing plans to house its content elsewhere.

Of course, the Internet Archive’s main database will still be in the U.S, but by creating a readily available backup in Canada, the organization is leaving nothing to chance. Kahl said:

On November 9th in America, we woke up to a new administration promising radical change. It was a firm reminder that institutions like ours, built for the long-term, need to design for change.

For us, it means keeping our cultural materials safe, private and perpetually accessible. It means preparing for a web that may face greater restrictions. It means serving patrons in a world in which government surveillance is not going away; indeed it looks like it will increase.

Throughout history, libraries have fought against terrible violations of privacy — where people have been rounded up simply for what they read.  At the Internet Archive, we are fighting to protect our readers’ privacy in the digital world.

The project will cost “millions,” according to Kahl, and, as with the existing archive, he’s asking the public to make a tax-deductible donation to support the cause.

Last year, the Internet Archive announced it was rebuilding the Wayback Machine for the modern era, making it more user-friendly and easier to search. The update will be ready sometime in 2017, but now the organization has added another challenge to the mix — building and maintaining a duplicate of its service in a neighboring country.