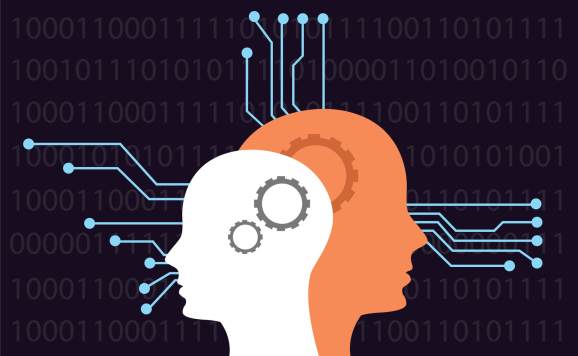 It’s hard to not get swept up in all the hype surrounding AI at the moment. The more you research the seemingly limitless potential, the grander the scope of your ambition becomes. At first, you automate part of a workflow only to inevitably be struck with the fact you could automate the whole worker or even the entire company! Before you know it, you are positive your AI could stage a convincing coup of a small island nation — under the right political conditions, of course.

Before we can develop compelling AI solutions, however, it is important to check our technical hubris and consider some very limiting factors to AI in its current stage.

First, AI is only as good as the clarity of its objectives. The more you attempt to take on, the greater the likelihood your AI will get confused and send the user “Sorry, I don’t understand” messages, which is about as much fun as watching a barista try to spell your name on a cup.

Second, as much as we might like to think of a job as a simple list of tasks to be automated, the reality is that a job also represents a real life person. We might think that all businesses would welcome automation of jobs with enthusiastic full embrace. However, we need to remember that frequently the person currently doing that job is a friend — a trusted colleague. Businesses are not dying to give the boot to someone they have worked with for 15 years just to bet the house on some new unproven technology.

Now that I have thoroughly dashed your plans of robot-driven world domination, what are we left with? Fear not, your dreams of birthing the next Skynet are still alive and well, so long as you frame your perspective correctly. Don’t start with the plan to automate workers — instead plan to augment workers. Your job starts with creating the perfect coworker who will happily and gleefully take on all the thankless busywork that any person hates about their job. Here’s why.

1. It’s easier from a technical perspective

The great news is the parts of people’s jobs that they hate the most are generally the repetitive monotonous parts like filing reports, sifting through hundreds of random emails, or gently massaging their boss’ feet — OK, hopefully not that last one. Point is, these are actually the easiest parts of the job for AI solutions to automate. The reason they are so boring is because they are very simplistic and more time-consuming than challenging. But what is boring to people usually means well-defined objectives that AI can really sink its teeth into.

Another advantage of designing a coworking bot is that human workers can walk you through the nuances in their jobs that might not be obvious from an outsider perspective. Often if you are to ask someone to describe everything entailed in someone else’s job they might list 10 tasks or so, but then ask someone who has actually been doing that job and their list could easily exceed 100 daily tasks. By working directly with a worker to design a compelling AI coworker for them, they can deftly instruct you and your team and guide you through all the treacherous terrain of their industry.

Furthermore, this gives you the perfect feedback loop. Rather than developing an elaborate, all-encompassing AI solution that took six months of hard work only to find out there is no demand, current workers can give you direct feedback on each new feature on a weekly basis and guide the next week’s sprint.

2. It’s easier from an adoption perspective

It is worth remembering that this isn’t the first time in the history of the world that we have developed tools that automated people’s jobs. The first automating tool was arguably the power loom during the Industrial Revolution in England. The textile workers were so excited about this new technology that was stealing all their jobs that they took to forming a full-fledged revolution under the leadership of Ned Ludd and went about destroying the new machines one by one in what can be considered the ultimate form of constructive (er, destructive) criticism.

Now I am not claiming that your new AI solution will result in roving mobs of displaced workers rampaging through the English countryside, but historically speaking it is possible. The real lesson to take from the Luddite Revolution is that people tend to resist new technology when it is replacing them, and from an early adopter perspective, this means you could be making your struggle unnecessarily difficult.

By building a coworking bot you can co-opt existing workers rather than overtly antagonizing them. After all, an AI that aims to put me out on the soup line is something to be fought, but an AI that will send out my 1,000 pitch emails for me is something I would carry on my shoulders in celebration.

The duty of any AI team right now should be to create the simplest AI that alleviates the largest amount of frustration from any worker’s day-to-day life. It should free them from the burdens of their job and enable them to be 5X more productive on the aspects of their job that really matter. To finally achieve wide-scale adoption, we need to stop selling people on how AI will make their life better 5 years from now and focus on how it will make their life better 5 minutes from now.