George “Geohot” Hotz is driving forward with his push to bring self-driving cars to the masses, but he’s going about it a slightly unconventional way. His company Comma.ai is brushing past some previous regulatory issues and is trying another route — open-sourcing not only its self-driving technology, but also instructions for building your very own hardware device (“a robotics platform”) called Comma Neo. All of this information is available today through Comma.ai’s GitHub repositories.

Since the beginning, the company has had a goal of being the Android version of self-driving cars — it wants to empower “ghostriding for the masses.” Earlier this year, it was approached by state and federal regulators inquiring about a product Hotz claimed wasn’t even on sale yet. Fed up with the scrutiny, Comma.ai cancelled its first product, the Comma One, and pivoted its thinking to democratizing its knowledge. So it’s keeping with its promise, but has scrapped its $999 price point in favor of it being free. “If we really want to be the Android of self-driving cars, we can’t be charging $999, can we?” Hotz explained.

Open-sourcing all the things

So today, Comma.ai is making available its Open Pilot and Comma Neo repositories. The former gives developers access to autopilot software, which provides almost all the functionality in Autopilot 7. Hotz boasted that it’s “better than the software in every car besides the Tesla” and is MIT-licensed. But that’s not all you need to evolve your vehicle — you need the hardware. But the company isn’t building any new products right now. It wants you to have instructions to create your own robotics platform. It provides details on the materials you need, the software, and more so you can bring Comma.ai right to your vehicle.

Think of Comma.ai as IKEA, where Open Pilot is the parts and materials while Neo is the instructions.

Hotz sought to assure that his company hasn’t run afoul of any regulatory issues, saying that nothing announced today is for sale — he has promised to give the National Highway Traffic Safety Administration (NHTSA) advance warning before that happens. When the Comma Neo is added to any vehicle, its technology will enable self-driving for up to six minutes. After that, it will instruct the driver to take the wheel. If that doesn’t happen, the car will de-accelerate. 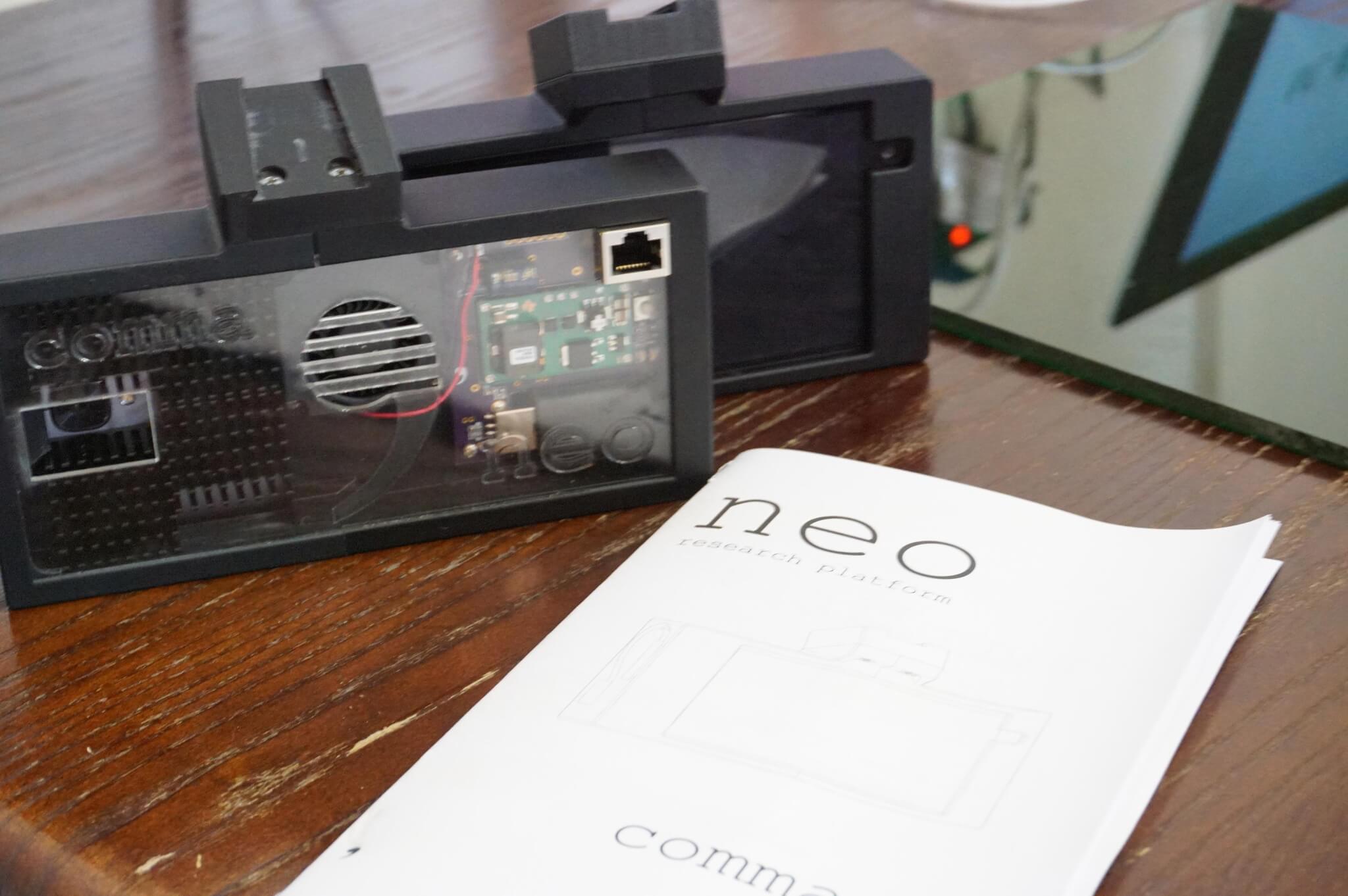 A big part of Comma Neo is what’s inside and what developers will have to purchase on its own — remember that it’s just instructions. At the core is an Android smartphone, but as of right now only the One Plus 3 is supported because it’s affordable, comes with a Snapdragon 820 chip (this was an important requirement), is modifiable, and comes equipped with a pretty decent camera. Comma.ai’s technology relies on the smartphone’s rear-facing camera, so it’s important to have one that can visualize what’s on the road as accurate as possible. However, with all the bells and whistles of the One Plus 3, Comma.ai has limited functionality; only the rear-facing camera and GPS are being used — it will not listen to you nor will notifications be displayed, as the Neo’s operating system uses a very stripped-down form of Android 6.0 Marshmallow (only the kernel and core services).

But this isn’t a rebranding of the Comma One. Hotz’s team said the main difference is buildability: “It’s been redesigned from the ground up so it can be built by anyone [who] can use a soldering iron.”

Currently, only two model cars are supported: the 2016 Acura ILX with Acura Watch Plus and the 2016 Honda Civic Touring (although neither car manufacturer are apparently officially associated with this).

This move seems to help Hotz keep a promise Comma.ai has made, to ship a self-driving car by the end of the year for under $1,000. Obviously there was some leeway in what “ship” means. 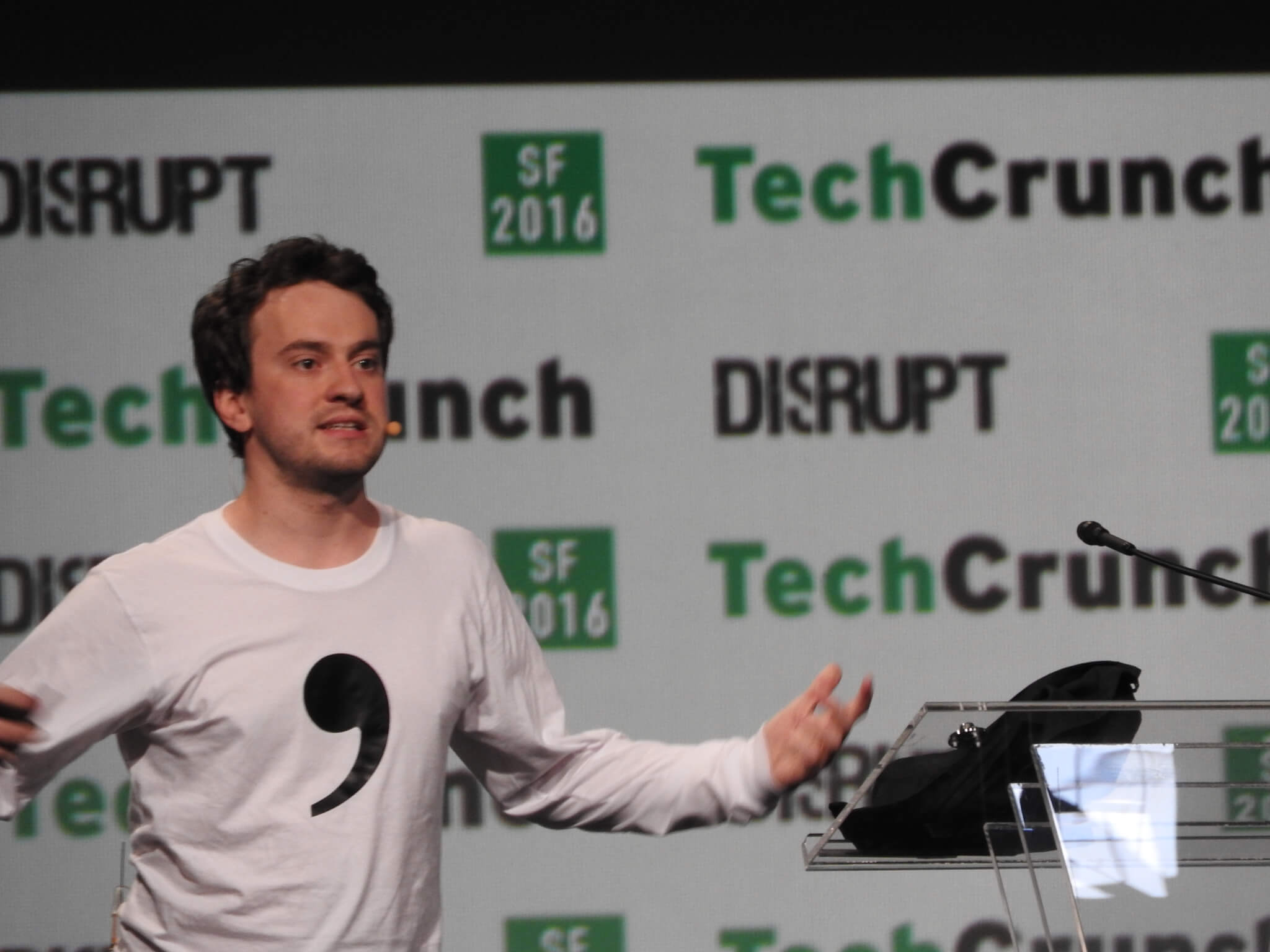 Above: George “Geohot” Hotz is head of Comma.ai.

Today’s announcements are geared towards hobbyists, researchers, big automakers, and after-market manufacturers. It’s this last demographic that especially appeals to Comma.ai. But Hotz admits, “The problem is, I’m not really sure what the size of the market is for the device. Let’s make a market. Let’s make after-market self-driving systems a product category.”

But Comma.ai is far from being in a league of its own, as there are numerous attempts out there to create self-driving vehicles, including with Tesla and Mobileye, all with different results. Udacity has seen the apparent market opportunity, launching autonomous car nanodegrees in collaboration with BMW and McLaren. Baidu tried to get into it with BMW, but that project came to a halt earlier this month. Of course Google is actively trying to develop the technology, as is Apple — this has caused incumbent manufacturers to team up to try and beat these technology companies to the punch.

What might be different in Comma.ai’s approach is its intent on being the Android of self-driving cars, enabling anyone to customize their system as they see fit for any vehicle they own, not requiring it to be pre-programmed from the manufacturer.

It was just more than a month ago when Hotz’s Comma.ai hit a stumbling block. In the aftermath of receiving a special order from the National Highway Traffic Safety Administration (NHTSA) inquiring about the self-driving car’s system, Hotz was extremely displeased, tweeting that regulators made “no attempt” at a dialog and that he’d “much rather spend my life building amazing tech than dealing with regulators and lawyers.” The result was the cancellation of the Comma One, the semi-autonomous system that could be applied to any vehicle for just $1,000 and would have first been used on the 2016 Honda Civic.

Hotz eventually sought to step back from the cliff, saying that this wasn’t the end of Comma.ai, but just a product. What makes this more bizarre was that the NHTSA appeared to ask for more information and the company had been gearing up to ship the car kit to the public. Should it have been released, the Comma One would compete against Tesla, Mobileye, Cruise, and other emerging autonomous systems being worked on.

In fact, ahead of Wednesday’s press conference, Hotz said that he was now “friends” with Tesla and Cruise, but still there was some animosity with Mobileye. Highlighting his rather fun demeanor, prior to the start of the day’s events, he blasted Warren G’s “Regulate” — perhaps a bit of tongue-in-cheek reference to stuff Comma.ai has gone through? However, Hotz didn’t hold back when talking about past issues.

He went on to say that the Comma One was cancelled due to a 10-day ticking clock that was imposed on the company from the NHTSA that would fine it $21,000 for each day on a product “that we weren’t even taking pre-orders for.” Further, he stated that even though regulators wanted to see user instructions, if there was a mistake in the documentation, Hotz himself could have potentially faced jail time.

Contrary to some, Comma.ai wasn’t opposed to questions being asked of it by NHTSA, but what broke the proverbial camel’s back were statements from the agency like this: “As you are undoubtedly aware, there is a high likelihood that some drivers will use your product in a manner that exceeds its intended purpose.” Hotz found himself chagrined and unable to respond to that statement. Amid all of this, his company opted to shift its focus slightly, almost like it wanted to skirt the issue entirely.

Fans of the work around Comma One should not feel dismayed. Comma.ai has previously open-sourced the research around machine learning and artificial intelligence (some of which was highlighted in a Bloomberg profile in 2015).

Backed by Andreessen Horowitz, Hotz had been passionate about developing a self-driving car, powered through machine learning and sensor data from the environment. In September, he told VentureBeat that more than 306,000 miles of data and 7,908 hours of footage from 738 users of Comma.ai’s Chffr mobile app has been generated.

A recognized hacker, Hotz unlocked an iPhone in August 2007, enabling it to be used on any wireless carrier. This came as a shock to AT&T and Apple because AT&T at the time had the exclusivity on the device.