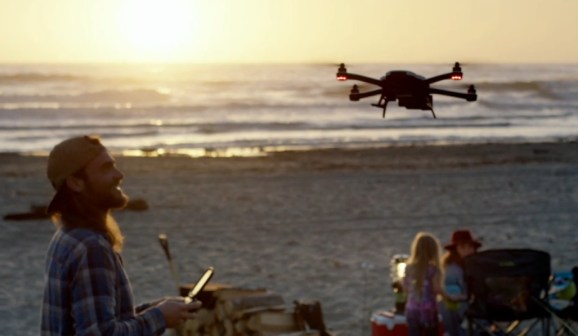 (Reuters) — Wearable action-camera maker GoPro said on Wednesday it would cut about 15 percent of its workforce and shutter its entertainment business, as the one-time Wall Street favorite cuts costs to help it return to profitability.

The company has been struggling with slowing sales of its helmet- and body-mounted cameras as cheaper rivals emerge and smartphones feature increasingly advanced cameras.

A recall of about 2,500 of its recently launched Karma drones could also hit revenue.

The company said on Wednesday it would cut about 200 full-time positions, cancel open positions and close its entertainment division, which makes original content.

GoPro said the cost-cutting would help it achieve its goal of returning to profitability on an adjusted basis next year.

The latest job cuts are in addition to a 7 percent workforce reduction announced at the beginning of the year.

GoPro went public in 2014 amid investor enthusiasm that the California company’s focus on social media would make it stand out among other makers of consumer electronics.

The company’s shares, which closed at $9.83 on Tuesday, have fallen about 60 percent since its market debut, including a 45 percent drop this year.

GoPro’s sales have been in decline for the last four quarters, but it has said it expects to return to double-digit revenue growth in the coming year.

Earlier this month, the company forecast revenue for the holiday shopping quarter below market expectations, citing production issues with its Hero 5 camera.

GoPro also said on Wednesday that President Tony Bates would step down at the end of the year.

The company said it expected to take a charge of $24 million to $33 million, related to the cost-cutting, mostly in the quarter ending December.

However, GoPro said sales of its cameras in the week of Black Friday increased more than 35 percent from a year earlier at major U.S. retailers.