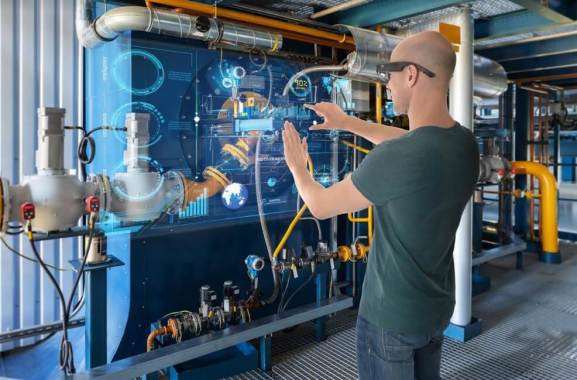 That’s a big round for the seasoned company, and it shows that the race is on to build smartglasses that can really deliver on the vision of AR. ODG is competing with other well-funded companies in the market, such as Magic Leap and Meta. The first round of funding for the San Francisco pioneer of AR technology comes from Shenzhen O-film Tech Co., Vanfund Urban Investment & Development, and several individual investors.

The company previously announced that it also had a strategic partnership with investor 21st Century Fox, which participated again in this round.

ODG will use the funds to accelerate its existing production capabilities; complete its new products, which will be introduced at CES 2017; expand its patent portfolio; and significantly grow its team worldwide.

“For eight years, we’ve taken a very systematic approach to designing and refining our smartglasses for specific applications, from the U.S. government, industry and enterprise customers in a wide variety of markets, and that will not change,” said Ralph Osterhout, CEO of ODG, in a statement.  “We carefully picked investment partners who not only share ODG’s product vision and growth strategy, but also have the reputation and reach to expand ODG’s global presence and market recognition.”

He added, “People are realizing the potential for mass adoption of high-end mobile devices with the power to transform and simplify their lives.  This funding round, our first ever, ensures we are well positioned to introduce our latest designs at CES ‘17, which will likely form the largest category of smartglasses worldwide.”

ODG said it has been pioneering the next generation mobile computing platform and bringing forth a new frontier in visual experiences with its smartglasses. It has been shipping to specialized customers since 2011, and each generation of glasses is getting smaller, cheaper, and more practical.

I last saw a demo of the company’s AR glasses a year ago, when it demonstrated widescreen capabilities at CES 2016. ODG is targeting a broad base of industries for its fully self-contained, computerized glasses with their photo-realistic, “see-through” 3D displays. All of its new models will be fully integrated, small, light, and sleek.

The onboard navigation and inertia sensing tech gives users the ability to experience telepresence, tele-maintenance, and tele-repair.

Moelis & Company acted as financial advisor to ODG, which was founded by Osterhout in 1999. The company has more than 80 employees.