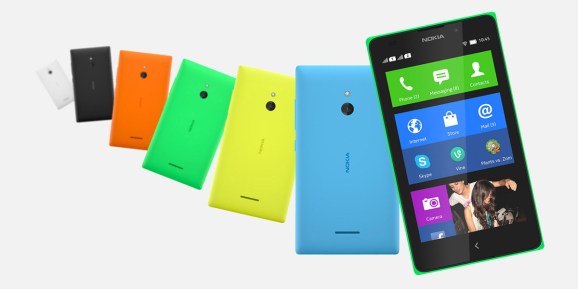 Black Friday and Cyber Monday are in the rearview mirror. And whether you #optedoutside or joined the barbarian invasions of Walmarts and Best Buys around the country, it was a record holiday.

According to Adobe, Friday set a record for U.S. digital sales at $3.34 billion, which was promptly smashed by Monday at $3.4 billion. Both also set records for mobile commerce, with 33 percent growth on Friday and 34 percent on Monday.

What’s most interesting to me, however, is a key difference between iOS and Android users in the area of bricks versus clicks: IRL shopping as opposed to digital commerce, specifically, mobile commerce.

On Black Friday, Android owners opened maps and navigation apps 26.5 percent more often than they did on average over the preceding 21 Fridays. On Cyber Monday, Android owners checked navigation apps 37 percent more. (Again, more than the average of the preceding 21 Mondays.) iPhone owners, however, showed opposite behavior. On Black Friday, they opened mapping apps 15 percent less than usual. On Monday, they checked for digital directions 12 percent less than normal.

Above: Navigation apps on Google Play

This is data based on TUNE‘s mobile marketing platform, which measures data for thousands of marketers on over 2.2 billion devices globally. (Full disclosure: I work for TUNE.)

We don’t see huge differences in other key areas, like dating (both iPhone and Android users dated a little bit more over the holidays), or news (massively up on both major mobile platforms over the weekend) or photography, social, business, or productivity apps.

But we do see this one key distinction.

It’s not clear based on this data alone exactly what results retailers can expect from customers on the different platforms. Adobe does indicate that iPhone owners did tend to spend more, per order, over the weekend — a trend that has been true for a long time. More study may reveal more detail over time.

The full report is available here.