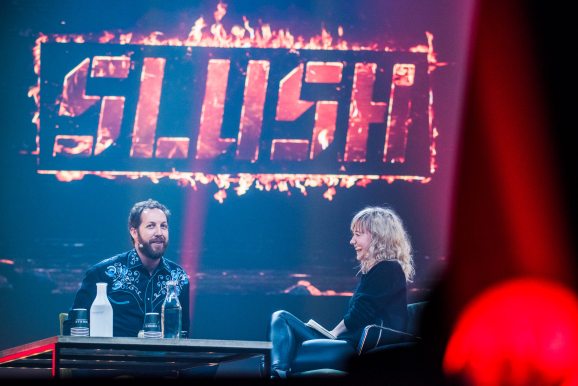 Facebook has been taking a lot of heat from critics outside of Silicon Valley following the recent election of Donald Trump. But that might not be anywhere near as tough as the recent blasting the social media giant took from one of the region’s own.

Speaking on stage at the Slush technology conference in Helsinki, Finland this week, Lowercase Capital’s Chris Sacca delivered a scathing assessment of Silicon Valley’s insular culture and its growing detachment from the real world. His comments were in response to a question about tech’s role in Trump’s victory, however, his toughest words were aimed squarely at Facebook.

“When you see Facebook both eager to censor news in China and yet openly saying, oh, we don’t know what to do about the fake news problem in America, it’s bullshit,” he said.

“We know the filter bubble is real,” he said. “We know that algorithm really reinforces our channel and keeps you in a tighter bubble than anywhere you would have grown up.”

While Sacca was seething about Facebook, he also felt the company’s attitude was reflective of broader detachment across Silicon Valley.

“Our community has to take responsibility for the role we played in letting a completely fraudulent fake billionaire hatemonger rise to this level of prominence, and everything we did to promote horribly fake messages,” he said.

In Sacca’s view, the problem is that Silicon Valley and the tech industry have become too insular and isolated from real-world problems. He argued that people getting trained in computer science have to focus on that almost exclusively, leaving them no time to gain meaningful outside experiences through working summer jobs or traveling extensively.

“What’s happened is that we’ve developed this real tech bro monoculture of people who have been the product of a lot of privilege,” he said. “They’ve never actually spent time with the working poor or with anyone whose life has been harder than theirs. They have no sense of the human condition.”

Sacca, who said he worked on Hillary Clinton’s campaign, shared that he had a hard time convincing Silicon Valley friends and colleagues to get involved in the election. They argued, he said, that it’s better to stay neutral and that technology, in general, should strive to be neutral.

Now that Trump has won, Sacca said, tech insiders need to recognize that their platforms are not neutral and that they can’t afford to stand on the political sidelines.

“We have to acknowledge that we are making the problem worse,” he said. “There is a real Libertarian streak in Silicon Valley, and that is really coming back to bite us on the ass.”