TOKYO — Video games like Final Fantasy XV have stunningly realistic visuals of human faces and bodies. Drawing those kinds of images by hand and animating them could take years, but video game publisher Square Enix has created a way to automate the creation of animated humans.

Many studios can do this kind of “motion capture,” but Square Enix has a large “mocap” studio with 68 cameras. And this studio can take the captured image of an actor and immediately convert it to an animation in real time. That means that the data processing has been automated to such a degree that film and cinematic directors can immediately see if the shot they imagined will really work. 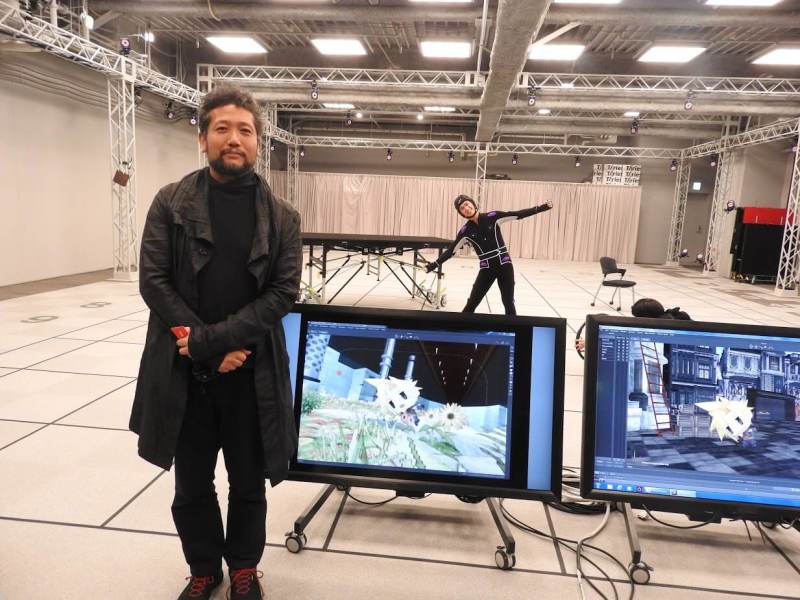 I toured Square Enix’s headquarters in the Shinjuku area of Tokyo last week. And I met with Kazuyuki Ikumori, general manager and chief creative director at the company’s Visual Works division. He showed me the motion capture studio that the company built when it moved into its headquarters four years ago.

Speaking through a translator, Ikumori said, “We do all of our capturing in this studio. It’s one of the largest studios in Japan. The most important part of this studio [is] its speed. The data is automatically captured. Other companies take their video and send it to another company to extract the data. With ours, artists can start working on the data management.”

Ikumori’s studio is known for producing some of the most advanced computer-generated animations in the game industry. He has worked on games, such as Tomb Raider, Final Fantasy XIII-2, Final Fantasy XV, Deus Ex: Human Revolution, and Hitman Absolution. He has also worked on films, including Final Fantasy: The Spirits Within, and Final Fantasy VII: Advent Children.

Ikumori showed me he could capture his stunt actor’s image and immediately translate it into the movements of a realistic medieval knight. But he also showed it being used with another kind of character as well. The cute cartoon character moved and danced across the stage as the stunt actor did the same. It was a one-to-one match with the movements.

Artists are still quite necessary in the process of creating a character in three dimensions. But animation can be more automatic. Asked if they used the system for Final Fantasy XV, Ikumori laughed and said, “Big time!”

Here’s a video with the realistic fantasy character.

Here’s a video showing one-to-one movement between the actor and the cartoon character.

Here’s a video with the cartoon character.