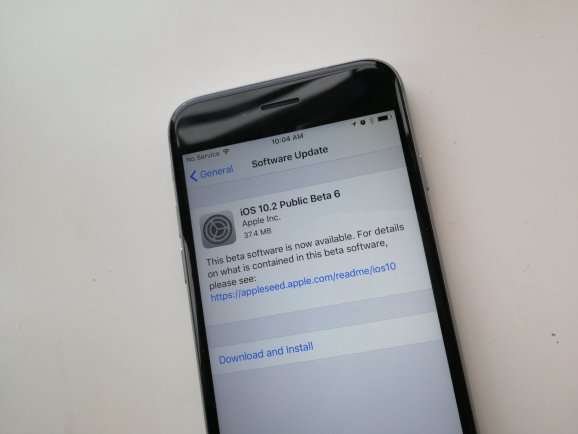 This update appears to be very similar to public beta 5. The SOS feature is still functional only in India. And the TV app still can’t be restored after being deleted.

But other changes could be hidden in this build, so if you’re into that sort of thing, then you’ll want to check it out. For one thing, you can get access to new emojis, like an avocado, a croissant, and a facepalm, according to MacRumors, before others can use them.

If you-re a member of Apple’s Beta Software Program, you can download iOS 10.2 public beta 6 as an over-the-air (OTA) update — just go to Settings > General > Software Update. If you’re not part of the program, you can sign up now, by going here.

Or you can just wait for iOS 10.2 to become available to everyone. And that should happen very soon.