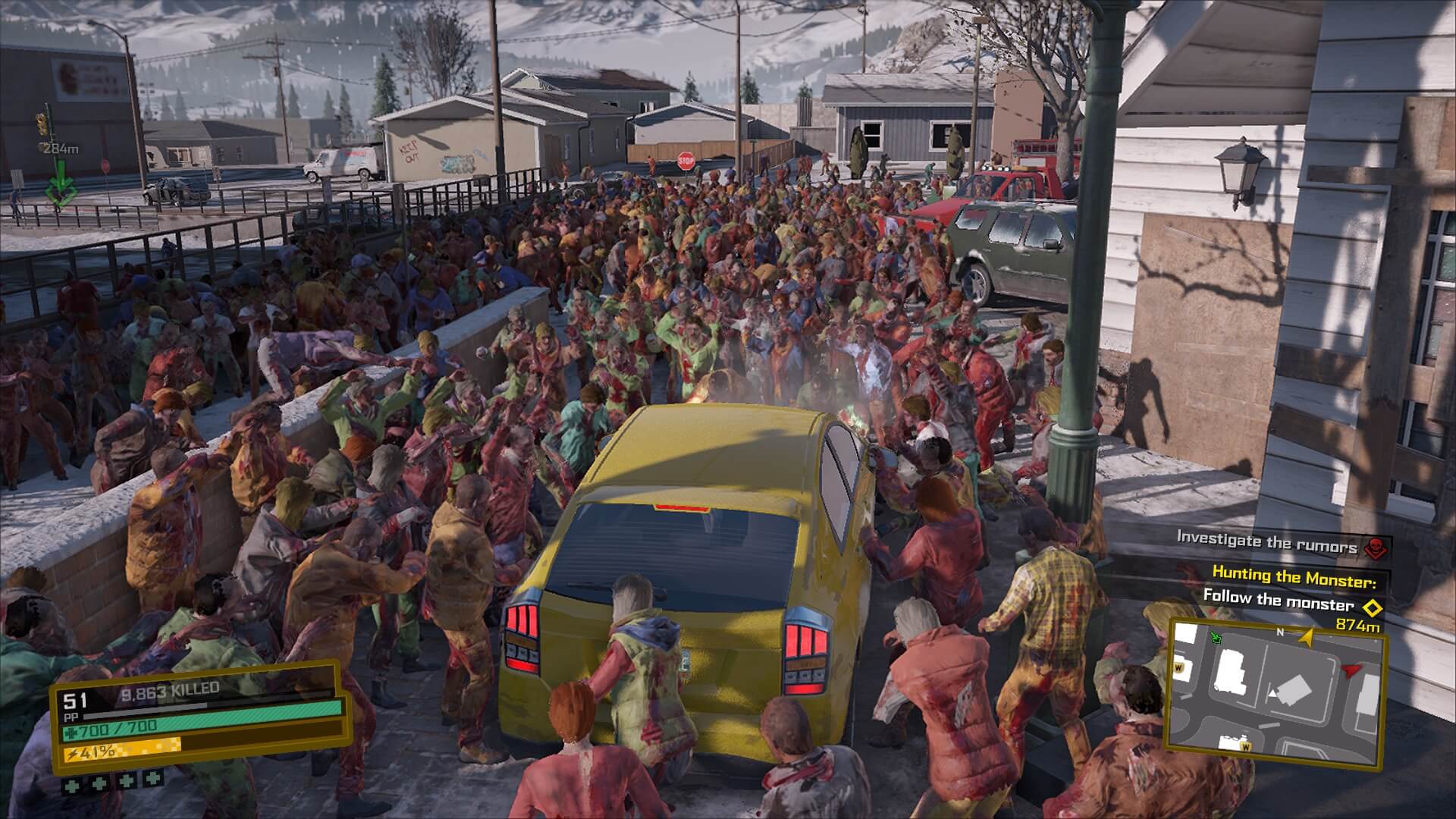 Above: The number of zombies that can be on-screen at one time is pretty impressive.

Dead Rising 4 can render thousands of zombies on-screen without a hitch, but it does have a few nagging issues. Sometimes, the button prompts that let you know when you can open a door or pick up a weapon disappeared, and the only way I got around that was by walking away for a few seconds before coming back to the object.

Every once in a while, human survivors popped up in the middle of a big horde, and that made it almost impossible to rescue them. Actually, I’m not sure if that counts as a bug. But it was still annoying because saving people helps you level up emergency shelters, which in turn gives you more items you can buy from their vendors.

Dead Rising 4 also crashed twice (once in single-player mode and once during a multiplayer match), abruptly sending me back to the Xbox One’s dashboard. But the most egregious hiccup was during the last mission, which was missing half of its dialogue and subtitles. The characters still mouthed the words, but nothing came out. The awkward silence ruined one of Dead Rising 4’s few emotional moments.

I reached out to Microsoft to see if an upcoming patch will address these problems, and I’ll update this if I hear back. 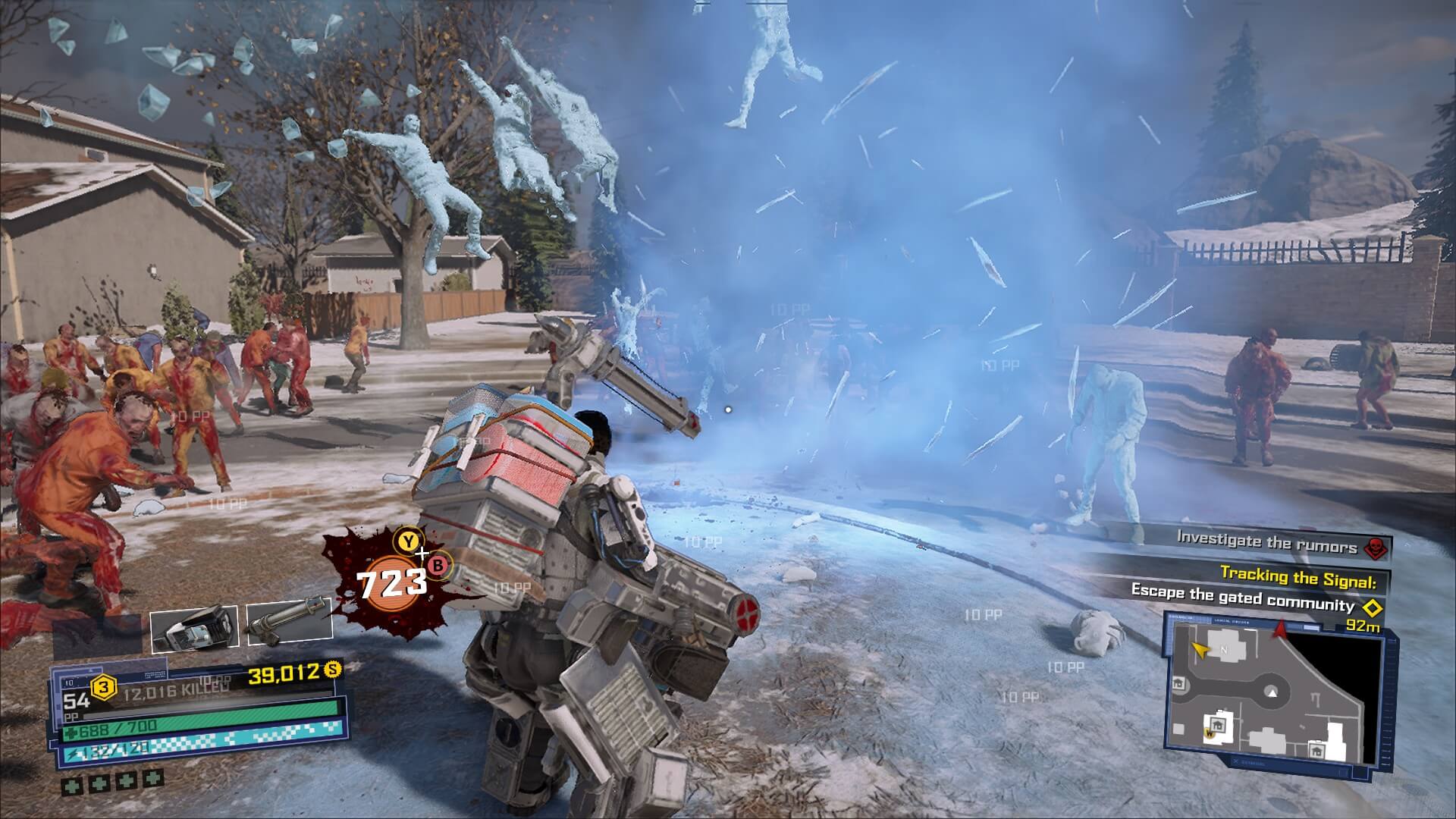 Above: The time-limited exo suits give Frank new abilities.

Dead Rising 4 doesn’t want you to fail. Even if you wanted to, you can’t change the difficulty level. I only died three or four times, and all of those deaths came from a challenging point toward the end of the game. The forgiving gameplay is fine if you only hop on for an hour or two at a time, but it becomes boring if you play in long chunks (like I mostly did). I was never in any danger, even when zombies cornered or surrounded me. The different types of enemies — faster zombies, smarter zombies, and paramilitary soldiers — helped break the monotony, but I was still just mashing buttons to kill them.

The outlandish Maniacs, human survivors who lost their minds after the outbreak, were also disappointing. They more or less followed the same formula. First, you hear a few lines of dialogue that show how crazy they are. Then, you fight the Maniac’s minions. And finally, you face the flamboyant leader.

I’m not sure how many of these optional encounters exist in Willamette, but the handful of battles I found were all over within five minutes.

Frank West isn’t the most well-developed character. But, he does have a tangible history with the town, and his constant barrage of sarcastic comments — perhaps a way of coping with the fact that he’s stuck in his second zombie outbreak — is somewhat endearing. The rest of the cast, however, is underwhelming. Brad, who you meet in the beginning, is absent for most of the game, mostly talking to Frank through a walkie-talkie.

It’s a similar situation with Vick, the student who dragged Frank back to Willamette in the first place. I never understood her intentions. You can hear more of her backstory in collectible audio files, but I didn’t find them all.

And I didn’t care much for the antagonists or the town’s citizens. Their interactions with Frank were so brief that I just didn’t have enough information to form an opinion on them. Most of them were there to move the plot along. 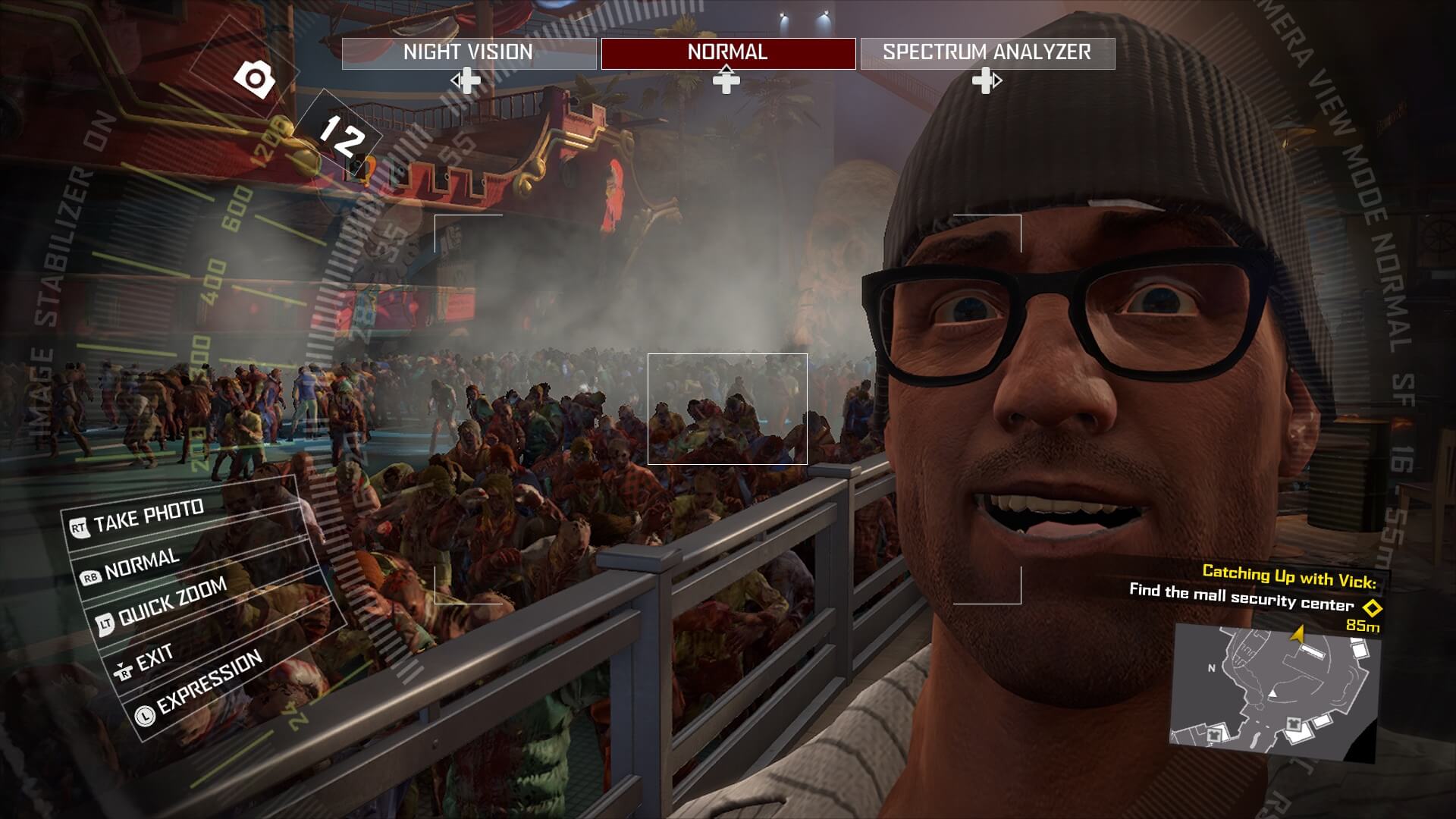 Above: Hipster Frank taking a selfie with some of his best friends.

Dead Rising 4 is like a digital stress ball. It can be cathartic to let loose and kill thousands of zombies whenever you want, but it doesn’t have much else going for it, even with the charming Christmas setting and a compelling multiplayer mode. If you’re a diehard Dead Rising fan, you might get more out of the story than I did. Like the characters mentioned earlier, the narrative is not very interesting and mostly served as a way to push me to different parts of the map.

Without the technical oddities, Dead Rising 4 is a mediocre experience. But, I have to dock it down a few more points just for that baffling performance in the last mission.

Dead Rising 4 comes out on December 6 for Xbox One and PC. Microsoft provided GamesBeat with a digital copy of the game for the purpose of this review.