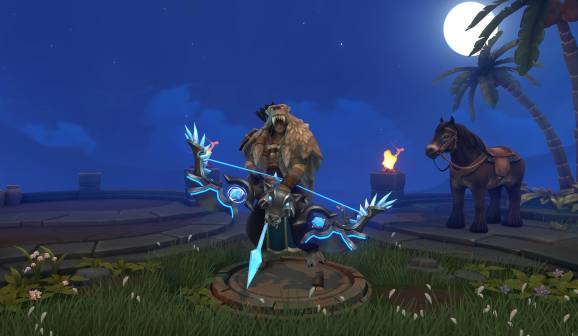 Battlerite is ready to let it snow.

Developer Stunlock Studios announced a winter patch coming to its PC arena brawler. The update is coming on December 14 and will add a new ranking system, cosmetics, and a new (yet unrevealed) champion. The game came out in September, and Stunlock has said that game has sold over 440,000 copies. New content can attract more players.

Battleriite is kind of like a MOBA (multiplayer online battle arena), like popular titles Dota 2 and League of Legends. Battlerite, however, focuses more on direct fighting and fast-paced action.

The patch will include winter-themed weapons for all its characters and the first legendary outfits for the game. The theme really is winter here, with a focus on ice and snow (don’t expect to see a character running around in a Santa skin). The update will also add some balance changes and polish to the roster.