These features have been the most requested by streamers, according to Twitch. Earlier at TwitchCon 2016 in September, the company said that users would be able to synchronize their Twitch and Curse accounts to get extra perks.

Curse is now bringing the features to its platform so that users can have the best VOIP experience possible.

Curse’s video calls let users chat with up to four others face-to-face within the app, which makes the streaming of gaming sessions with friends more interactive and fun. Users can also share their screen and give others in the call a glimpse at what they’re looking at. 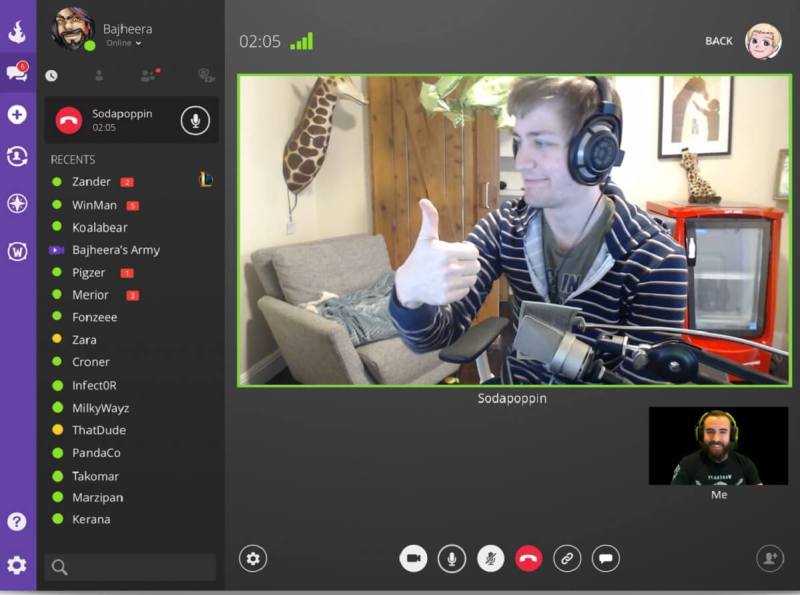 Above: Curse has enabled video calls with up to four friends.

Curse said it has also made its app more secure. Video calls and screen sharing will be facilitated with a client-to-server connection versus peer-to-peer connections. The latter often exposes users to security vulnerability. This means streamers can interact with their subscribers in a safe environment without fear of their internet protocol addresses being compromised. (Discord, a rival voice app, also has this feature).

After a video call, feedback and suggestions can be submitted within the app or on Twitter. There is also a Curse server where users can reach out directly to Curse’s development team and a knowledge base packed full of helpful information.