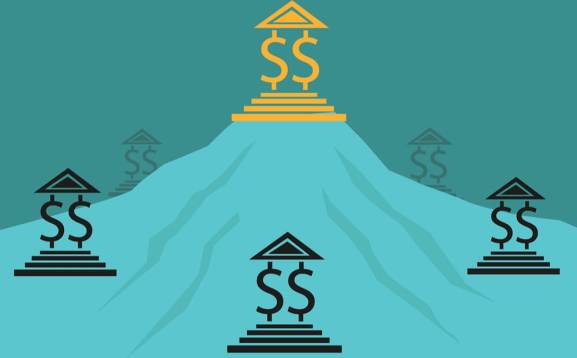 You can capture more data than ever before — but do you know how to use it? Big players like Match are using sophisticated strategies to pull ahead in the fixed-pie world of ad buying. Join this VB Live event for insight into the sophisticated data strategies you need to leverage to stay competitive.

“It’s an evolve-or-die, a survival-of-the-fittest type situation,” says James Peng, head of mobile and social acquisition at Match Group, which owns most of the-top grossing properties in the dating app space (including Match.com, Tinder, OkCupid, and PlentyofFish).

He’s talking about not just the increasing availability of in-depth, user-generated data that is becoming more granular, but the ability of companies to use that data to segment and precisely target potential customers in competitive user acquisition and monetization scenarios.

Match is one of those companies.

“You have advertisers such as Match, and we know exactly who we want,” Peng explains. “When we’re able to find those users, we’re able to pay a lot. If I find a user that is valuable to me, that is the right demographic, I am going to be able to pay quite a bit more than my competitors, because my users are worth a lot more economic value to me.”

Wit that in mind, data is more essential than ever, Peng says, and that means a lot of good companies will be forced to evolve in the next couple of years — but the big advertising networks need to evolve, too.

“Think about what networks like Facebook and Snapchat are selling,” says Peng. “They’re not just selling inventory, they’re selling inventory with data attached to it. If you advertise on Snapchat, you can advertise to very specific audiences. But traditional ad networks just don’t have that.”

The broad reach of many ad networks is losing out to lack of sophistication in their targeting. “Publishers need to find ways to utilize data much more effectively in order to avoid getting marginalized and losing their competitiveness to these majors,” Peng explains. “They need to evolve because you have big owned-and-operated publishers like Facebook and Google, and perhaps Yahoo and Pandora. These guys are big, and most are expanding. And traditional ad networks are in danger unless they adapt.”

It’s a tremendous challenge, he says, and one that’s going to be a big focus over the upcoming years as targeting starts to drill right down to the bone, Peng says.

“What you have to do is become smarter than the publishers themselves,” he says. “Sometimes you have to be able to work with publishers to utilize their data more effectively than maybe it has been in the past.”

“As that targeting gets better, I’m going to be able to pay more and more,” says Peng. “And I want to pay more, because when I get that audience, I want to be able to out-bet my competition. That means whoever’s on the other side — it’s a fixed pie. They’re going to lose out.”

Or you could join our latest VB Live event to stay on top of what it takes to wield data like a weapon and win big in the future of mobile data.