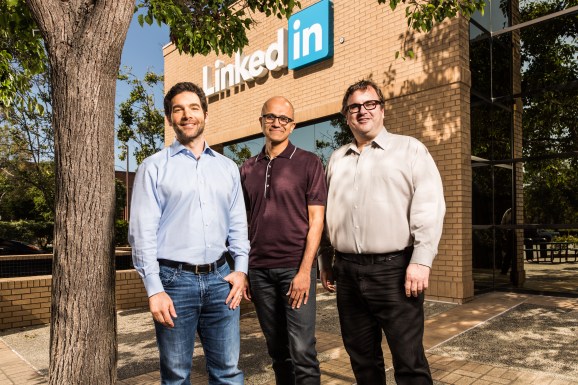 Microsoft is about to close the books on its $26.2 billion deal to purchase the professional social networking service LinkedIn. On Tuesday, it was announced that the European Commission had given its blessing to Microsoft, adding it to a list of regulators that approved the merger, including the U.S., Canada, Brazil, and South Africa. However, there’s a bit of a catch.

In order to receive the approval of those in Europe, Microsoft said that it is doing several things over the next 5 years to preserve competition: ensuring that LinkedIn competitors will still receive access to participate in Office Add-in and promotional opportunities in the Office Store, not entering into agreements with PC manufacturers to pre-install a Windows LinkedIn application or tile that would “favor LinkedIn on an exclusive basis,” and more.

After a six-month process, now Microsoft can move forward and wrap up a deal that has seen LinkedIn become entangled in a tug-of-war as Salesforce sought to be the preferred suitor. It was the one that got away from the enterprise company, and the battle resulted in CEO Marc Benioff’s request to the European Union that extra scrutiny be paid to the purchase.

The European Commission seemed uninterested in opening up a probe over the deal, but sources told The Wall Street Journal that regulators could give their approval after accepting the concessions Microsoft presented them in November. Perhaps like most cases, people worry about the impact a big deal like this could have on the ability to compete, and as such, Microsoft had to present an offering that shows it’s willing to be a team player. At the end of the day, it’s all about granting equal access to competitors of all kinds.

So not only will the Office Add-in program, which enables developers to build tools with Microsoft Outlook, Word, PowerPoint, and Excel, continue to be made available, but so will access to the Office Store and any marketing opportunities. IT administrators and users will continue to customize their Office experience and not be forced to use the LinkedIn profile. And lastly for PC manufacturers, Microsoft won’t force them to include a LinkedIn application or tile, and will allow users to uninstall it if they see fit — at least if you’re in the European Economic Area.

Microsoft made the purchase of LinkedIn in June and promised that the deal would be completed sometime this year. Under the terms, LinkedIn will retain its “brand, culture, and independence.”

Now that the two companies can rest easily, the deal will close “in the coming days.” As Microsoft president and chief legal officer Brad Smith wrote in a post, “With this regulatory process behind us, we can bring together two great companies and focus on even broader issues for the future. The events of the past six months make not just this business opportunity, but the broader societal issues connected to them, more important.”

Shares in Microsoft dropped 0.36 percent after the news was announced, while LinkedIn rose 0.35 percent.