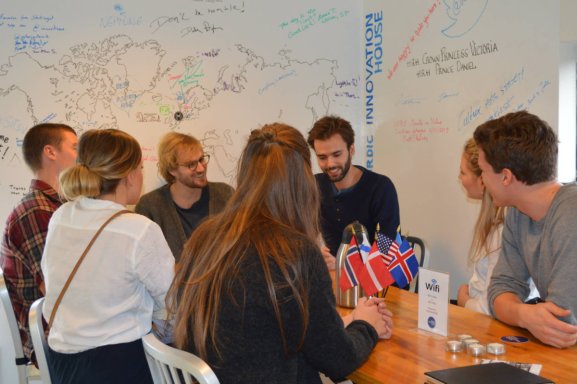 Freelancer hiring bot Konsus announced major updates today, including the addition of a conversational interface and the ability to interact with multiple team members via group chat.

Konsus bot makes it possible to hire writers, designers, researchers, and other freelancers without leaving a Slack channel. The company works with a team of 200 hand-picked freelancers in the United States and northern Europe.

Two important updates have been made to Konsus: You can now speak with a conversational user interface to ask questions about Konsus services, and the Konsus bot now operates in channels for group project management.

The service will make it simpler, cofounder Sondre Rasch said, for businesses to identify talent inside Slack. Konsus currently works with roughly 700 companies, from startups and small businesses to corporations like HP and Accenture.

Other bots — like Tara — also help businesses use a conversational interface to locate talented contractors.

“This new bot can be a big game-changer [for those] who want to build their company on Slack and use a flexible workforce, like a crowd workforce,” Rasch told VentureBeat in a phone interview. “It’s like having an extra team member in the channel, where you can sort of instantly access the resources you need, be it design or writing or research.”

“Slack made it possible for us to start a company that otherwise wouldn’t have been possible,” he said. “The cost of starting a company is falling, and I think the next big leap in starting an affordable company is in building a company on Slack and using these remote workers and freelancers, instead of having an office in San Francisco.”

With the new group messaging functionality, Konsus will test the idea of dedicated teams — freelancers to work with clients for repeat activity, not just one-off jobs.

“The past version was a relay that allowed you to talk in direct messages with one ongoing project,” Rasch said. “Now you can have group conversation with Konsus and have multiple projects simultaneously.”

“It basically changes Konsus from being something you use for individual projects, ad hoc projects, to what we’re seeing with our most active customers, which is we’re essentially becoming a flexible workforce, an alternative to hiring full-time people for small business development,” he said.

The 10-person company has offices in Palo Alto, Calif and Oslo, Norway. Created in 2015, Konsus has raised $2 million. In August, Konsus raised $1.5 million from angel investors and VCs like Liquid2 Ventures and Acequia Capital.