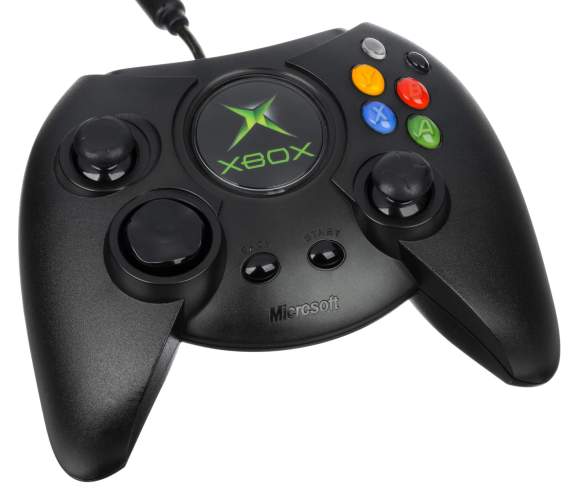 Myths and legends tell us a tale of giants. Maybe one day those giants will return.

When future civilizations look back to try to figure out what event led to the extinction of modern humans, they will have to consider the possibility that an original Xbox controller fell to Earth like an asteroid.

That’s right, it’s time to start joking again about the 2001 Xbox’s original controller. That gamepad, which many affectionately call “Duke,” was enormous and was eventually replaced by Microsoft with a smaller revision. But Duke could make a return if Xbox architect Seamus Blackley has his way. Blackley has teased the possibility of working with Microsoft, where he no longer works, and current Xbox boss Phil Spencer to introduce an Xbox One-compatible Duke controller. Now, Blackley says that he is doing “actual work” to see if that’s possible.

As promised, I am doing actual work to see if we can release a new Duke. Please stay tuned! RT if psyched! pic.twitter.com/BhkKEk7IUQ

This is the latest update from Blackley on this project. He first suggested the idea back in October on Twitter. Since then, he has told fans to “stand by” for more information, and now he’s delivering those updates.

“Thought experiment,” Blackely tweeted on October 6. “If we worked with [Phil Spencer] to release an official Xbox One-compatible Duke, would you buy one?”

Duke is well known in gaming circles for its mammoth size and somewhat awkward button placement, but it also has some fans. Fighting-game players like that it has six face buttons, which are ideal for something like Street Fighter. Folks with big hands also liked that it fit their mitts better than some of the smaller gamepads from that time, like the PlayStation 2’s DualShock 2 or the GameCube’s controller.

If it were to make a return, Duke’s Xbox One functionality would mean that it would also work on PC. But even in that case, Duke would likely only appeal to dedicated Xbox fans.