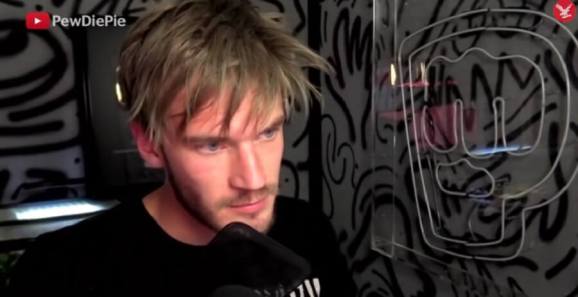 There’s been a lot written recently about how YouTube star PewDiePie—whose real name is Felix Kjellberg—is threatening to delete his hugely successful channel, and how this is just a temper tantrum by a man-baby who makes millions of dollars playing video games.

As accurate as that description may be, however, Kjellberg’s complaints also tell us something interesting about what is happening at YouTube as the aging video platform tries to evolve to compete in an increasingly Facebook-controlled universe.

Like a number of other YouTube stars, the classic PewDiePie shtick involves playing video games and providing humorous commentary. That simple formula has created what amounts to a YouTube empire for the Swedish-born Kjellberg, who has almost 50 million subscribers, and is estimated to have made as much as $15 million this year from his videos.

At first glance, the video in which he threatens to delete his channel seems like the whining of a rich, entitled celebrity who has noticed that his videos aren’t getting as many views as they used to, and blames the platform for not supporting him as much as he thinks they should.

During some daily video blogs he did recently, Kjellberg says he “didn’t even get two million views, which is unheard of for the past four years.” He then makes fun of himself for seeing 2 million views as not being enough, but those kinds of comments helped trigger a wave of responses on YouTube and elsewhere about how he is just throwing a tantrum.

Kjellberg was also criticized for speculating that YouTube was down-ranking his videos because he is white, although he explained (in a tweet that has since been deleted) that he was being sarcastic, and it’s clear from the video that the comment was meant to be a joke.

The most interesting thing about the video is that the YouTube star isn’t the only one complaining about the decline in activity on his channel. Other long-time video bloggers have also said they are being treated badly by YouTube, despite generating huge amounts of traffic.

At the heart of these criticisms is the idea that YouTube is focusing not on showing users videos from creators whose channels they have subscribed to, but on clickbait viral videos from little-known accounts that are high on YouTube’s version of the “trending topics” list. “This has been a problem for a very long time,” says Kjellberg.

According to Kjellberg and a number of other creators, YouTube changed the way it displays videos in November to show more recommended videos—including the aforementioned clickbait—and de-emphasized the subscriptions that users already have. In some cases, people have complained that they have been unsubscribed from channels from which they never chose to unsubscribe.

In a response to The Independent, YouTube didn’t comment on PewDiePie specifically, but said that it hasn’t seen any decline in subscribers or activity on its top accounts. It didn’t say anything about whether any changes have affected how people see videos from those channels.

In many ways, the criticisms about YouTube and the way it is showing users new videos sounds very similar to the complaints that some Facebook users had not that long ago about how the social network’s algorithm was affecting their ability to reach their fans.

Billionaire Mark Cuban, who owns the Dallas Mavericks basketball team, was one of the most prominent critics of this practice. He complained in 2012 that his “reach” was being deliberately reduced in order to force him to pay the social network to promote his posts, a claim others also made and have continued to make.

In a sense, YouTube is fighting the same battle that Facebook was fighting, and in many ways continues to fight—namely, the battle to increase engagement and get users to spend more time on the platform. And so it is tweaking its design to try and promote things that will spark more engagement, rather than showing videos that emerge organically from people’s subscriptions, which is what it used to do.

The pressure on YouTube is growing even more intense because Facebook has clearly set its sights on owning the market for mobile video, and in particular live video. YouTube, by contrast, is seen by many as having been late to capitalize on the growth in live streaming. Amazon’s Twitch video-streaming platform is also growing rapidly.

YouTube is still a massive platform for video, one that generates billions of dollars in revenue for its parent company, Alphabet (formerly Google). But it often feels as though it is the video service of the past rather than the future.

The company is trying to re-engineer the service with new offerings such as the subscription-based YouTube Red, which launched a year ago. The driving force behind those changes is the desire to make things better for creators, the company has said. But YouTube has to think about its own long-term survival as well, and that is causing friction with stars like PewDiePie.

Can it somehow reconcile those two conflicting desires while still generating enough growth to keep advertisers happy and compete with an 800-pound gorilla named Facebook? That’s the multi-billion-dollar question that so far remains unanswered.