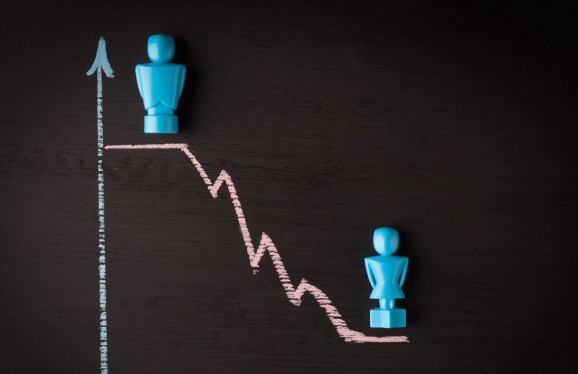 From Hollywood actresses expressing dismay at their male co-stars’ bigger paychecks, to President Obama signing an executive order to address unequal pay among federal contractors, the gender wage gap has arguably received more attention in recent years than ever before. Debate about how to fix the wage gap — and about whether it even exists—has also reached a new level in 2016.

A recent study published by the Economic Policy Institute (EPI) evaluated nine common arguments against the existence of the gender pay gap to see if they held water. Ultimately, the study’s authors concluded a gap does exist, and it’s most profound at the higher end of the office totem pole. Many highly accomplished women earn just 74 cents for every dollar their male peers receive. While some women’s preferences for certain perks, such as flexible hours, account for some of the wage gap, the authors contend that they don’t account for all of it.

The wage gap is even wider in the tech world. Yet another study this year, this one by Glassdoor, found that women in certain tech fields, such as programming, suffered the highest wage disparity – up to 28.3 percent. In a 9-to-5 day, that would mean women aren’t getting paid from about 2:45 p.m. onward.

These studies confirm the gender (and racial) wage gap exists, and persists. There’s little room left for naysayers to claim it isn’t a real problem in tech and other male-dominated fields.

The next step is taking action. How can we in the tech world—the supposed vanguard of innovation and progress—work to swiftly and efficiently address opportunity and compensation gaps?

Fortunately, some tech companies are starting to lead by example. Salesforce, (full disclosure: founder Marc Benioff is an investor in my company, TransLoc, through his Efficient Capacity fund), famously initiated an annual internal audit of salary levels, starting in 2013. The startling results led the company to spend $3 million to achieve equal pay in 2015. Interestingly, it wasn’t just women who got a pay bump — many men benefited from the adjustment too.

Smaller companies with fewer resources than Salesforce may be wondering, how easy is it really to fix wage gaps within our companies?

At my company, we enacted a relatively unique policy in recent years: assigning indexed, market-based salaries for each and every position. From junior staff to C-suite executive, we attach an indexed price tag to each role and stick to it when making new hires.

Part of the reason we enacted this policy is the mountain of evidence that shows many women don’t negotiate their starting salaries as aggressively as men. The end result is that men frequently get paid more for their up-front negotiating rather than for their value to the company.

It’s jarring for many people in the recruiting and interviewing process to learn that we don’t negotiate starting salaries. But they aren’t random—we calculate them based on data from a variety of sources, and we take into account the education required for the position, years of experience, and other important variables. We go to great lengths to ensure our offers are fair representations of skill levels and the going market rate for each role, rather than a reflection of someone’s ability to negotiate.

As with many new policies that go against the status quo, there’s been a tradeoff in certain aspects of recruiting new talent. Some candidates who wanted to negotiate for higher compensation didn’t work out. The mantra of “never accept the first offer” is hard to overcome for some people. Yet others would never have dared to ask for more anyway, even if they did deserve it, and indexed salary levels tend to help these employees the most.
If you’re wondering, are there benefits to this kind of policy beyond it being the right thing to do?

The feedback from most candidates is positive—many tell me it makes them want to work at our company even more. The data so far also seems to support the case that offering indexed salaries correlates with positive outcomes even beyond increased workplace diversity. An important caveat to the above is the relatively small sample size: TransLoc currently has nearly 80 employees and counting.

It’s worth noting that the same policy applies to employees as they gain experience at our company. An indexed starting wage is the first step in fixing different salary levels, but it’s also important to proactively address the even more profound wage gaps that the EPI and other studies show affect long-term employees who stay at the same company.

So, can a switch to an indexed salary model end the wage gap once and for all? Only time will tell, but it’s time leaders in the tech world accept what the data tell us about the very real gender wage gap. It’s time to act.

Doug Kaufman is CEO of TransLoc, a transportation technology company that has worked with over 150 transit providers across North America.