Peter Fabiano has worked at Capcom for nine years, helping the company to grow its external development in places like Canada, where the Japanese game publisher has a big studio that just made Dead Rising 4.

Capcom has a lot of talented developers, programmers and artists in its hometown of Osaka, where Fabiano is a senior manager of global R&D. But it also has to spread out to keep pace with the global game business. The audiences are huge and worldwide, but so is the competition.

It takes someone like Fabiano for Capcom to interact with developers around the world who can help Capcom make sure that its content matches the needs and wants of all audiences. I traveled to Japan and interviewed Fabiano on stage at an event in Osaka for a group gathered to hear about investments in games in Canada.

Peter Fabiano: I’m senior manager of global R&D at Capcom here in Osaka. We do a lot of external development, working with partners, doing a lot of biz dev, handling contracts, day to day production, localization. There’s quite a broad array of things we handle. The team is about 30 people. We work with developers, getting what we need in various ways. 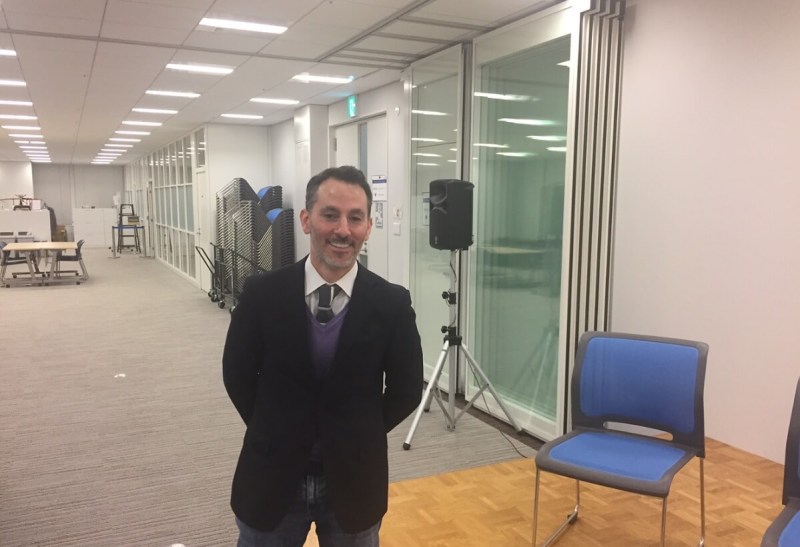 Above: Peter Fabiano, senior manager of R&D at Capcom.

GamesBeat: Did my talk trigger any observations from you? Am I completely wrong?

Fabiano: You’re talking on a very broad level, so in those terms, I don’t think anything you said is incorrect. It’s not always cold here — sometimes it’s extremely hot, so I don’t know if that part is 100 percent — but I definitely agree that when it’s cold, you go inside and use your computer.

GamesBeat: Capcom is a very seasoned company. It’s been around a long time. But it’s seen a lot of change, especially recently. How do you adapt, if you think about the analogy of the food chain? Where does Capcom want to evolve?

Fabiano: It’s no big secret that Japanese companies in general tend to have a lot of reorgs. But it’s not really the reorganizations that make the difference. It’s the people inside. It involves a certain level of mindset and adapting to the environment. The way I look at the company, it’s a living organism. As the environment around you changes, you have to adapt to that change. Otherwise you run the risk of dying off like the dodo, to be pretty general.

It’s important to watch trends and understand what’s happening in the markets, while also keeping true to your own sense of creativity. You have to move with technology and the creativity that’s necessary to make yourself successful.

GamesBeat: In moving some of your development tasks overseas, how has that been an adaptation to the changing industry? What are you taking advantage of in the places where you’ve moved development?

Fabiano: Speaking personally, while we don’t outsource full development to partners in the U.S. or elsewhere in the world, we do work with partners and it’s important to do so. They’re working with other triple-A studios. They learn a lot of the know-how that’s out there. They have specialists working internally, constantly, to improve themselves.

It’s important that we work with these partners so we can share and understand each other and learn new techniques, and also allow us to provide insights to them as well as picking up what they’ve learned throughout the industry, because they’re so widespread. One important thing here is that it’s a symbiotic relationship. It’s not as if one is taking from the other exclusively. It’s important, within the industry, to share knowledge.

I should add that there are limitations on development. Obviously we have time constraints. We have budget constraints. We look for partnerships that help us deal with whatever our internal constraints might be. 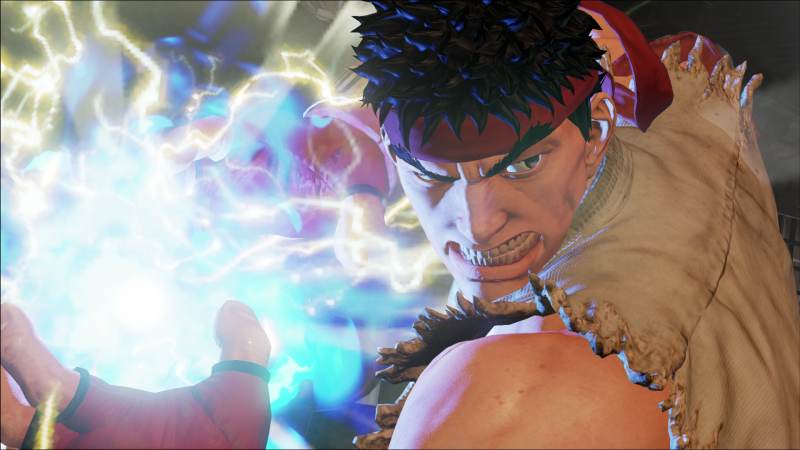 Above: Capcom hopes that fans will follow Ryu’s philosophy of self-improvement to the PS4 and PC.

GamesBeat: Capcom is interesting because it has games that meet that mission of speaking a universal language. You have Street Fighter, Resident Evil, Monster Hunter, games that are successful around the globe. But you also have many that are successful only in Japan. What does that bring to mind as far as how your strategy has to work when managing a workforce that’s based in Japan, but also spread across the world?

Fabiano: This is a difficult question to answer in just one phase. It depends on the genre of the game and what part of the game you’re looking at, what field. Take a more realistic-looking game, a Resident Evil. Obviously you’ll want that to look more realistic. It’s probably set in the United States, or a fictitious place like it, and so you’ll need talent from that local area, to get the feel of the cinematics right. Or maybe you can have a more Japanese, animated type of look. It depends on what the creators have in mind for the game.

If you’re looking at something more fantastical, like a Monster Hunter, in that case we have a lot of really epic entrances and cutscenes where the monsters appear. That’s distinctly made in Japan, but something about it works worldwide. It resonates because of the fact that it’s more fantastic. You can look at that from two different mindsets, depending on what part of your game you’re looking at and what type of game it is. 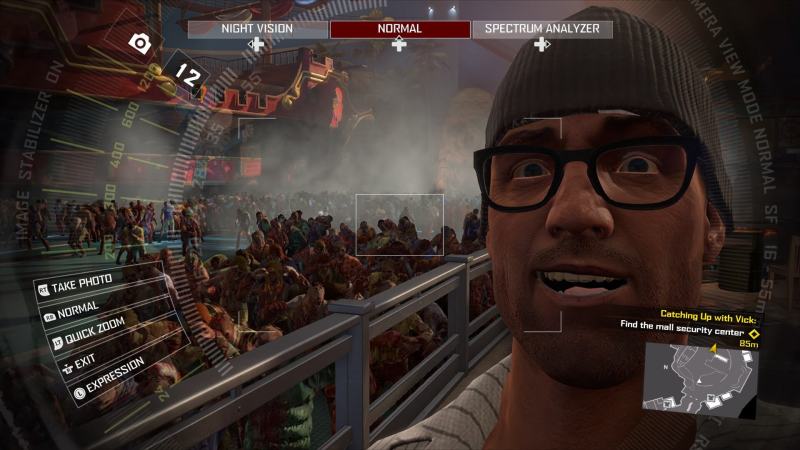 GamesBeat: Game developers always want things like creative freedom, the ability to fulfill their own destiny, the ability to learn and create their own original things. It’s a pattern that fits with the example of the food chain and how studios grow up. You have a big operation in Vancouver. Can you talk about how that studio has grown?

Fabiano: We originally worked with a company called Blue Castle Games when we were developing Dead Rising 2. Our partnership with them required a lot of internal work, a lot of changes in our mindset and how we wanted to approach development. It was very much driven out of Japan to work with this partner studio, but in the end it worked out well and we wanted to continue our relationship. Dead Rising 2 was a critical and financial success, so we wanted to improve on that. Blue Castle Games became Capcom Vancouver.

Of course there are always going to be some hardships, dealing with the idiosyncrasies between two countries and trying to understand them, dealing with the different approaches to development. But I think it made us stronger, and it helped the team over in Vancouver grow to become their own studio. Now they’re fairly autonomous. They’re underneath the Capcom umbrella, but they operate on their own with minimal supervision.

I do think it’s important to share and grow and learn and be more open. I think sometimes Japanese developers tend to want to keep everything to themselves. Our industry is one where we share. Every year I go to GDC and speak with a lot of other developers, particularly western developers, and we do a lot of knowledge-sharing.

Obviously that doesn’t mean we give away our trade secrets or the contents of what we build. But it’s important to talk about approaches. That’s what GDC and all those events are for. It’s a great opportunity to manage relationships, because more than anything, it’s very important to have relationships with external partners and build on those. The industry is small. People grow and learn. You can benefit on both sides from having those relationships and working to strengthen them. 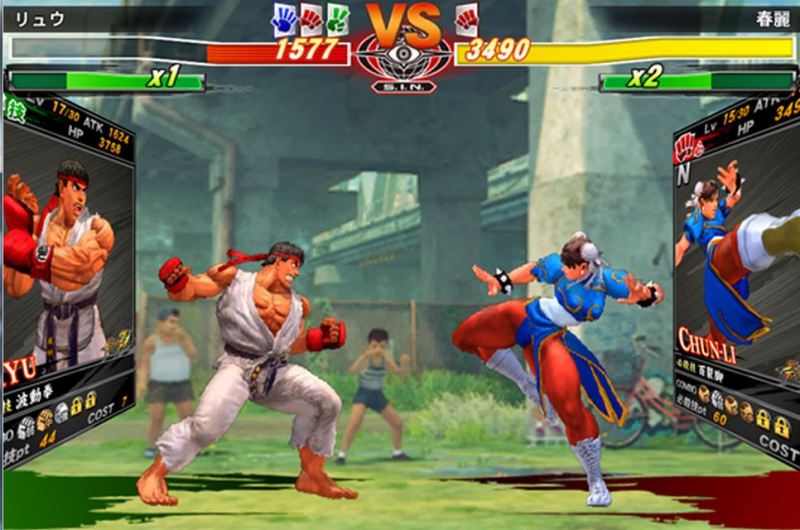 GamesBeat: I went to the Montreal International Games Summit a couple of weeks ago. They had more than 2,600 people there. I liked the talk they had with 10 game developers, each talking for five minutes. I saw some very emotional speeches, some very interesting slices of what it’s like to be a game developer.

Question: What do you think about the use of A.I. in video games?

GamesBeat: It’s very interesting that in the history of A.I., games have advanced the field by making so much use of AI over time. There’s a trend I didn’t get to talk about in my slides, which is the inspiration that’s happening now between different fields. In science fiction — if you look at shows like HBO’s Westworld — and technology — there are thousands of artificial intelligence startups in Silicon Valley – and games – games with themes around A.I. are coming very rapidly, with stories that are very plausible now. We have things like self-driving cars just around the corner. Everyone’s worried about Skynet. This inspiration cycle is going to get a lot more interesting. If you only just look at Softbank and their $32 billion acquisition of ARM, they did that because of their interest in A.I.

Fabiano: It’s a field that will eventually involve more research and interaction with academics and technologies that are advancing beyond that. I’m not a programmer, so I can’t give a really in-depth answer, but what I can say in terms of what I see in development is that A.I. has always been a big part of games, especially when you look at how the enemies in a game are controlled, how they’re affected by player movement and player decisions. It’s always a challenge to design good AI, because there are so many things the player can do to influence how at responds.

One thing I’ve been seeing developers doing to make AI feel more fluid is making the enemies feel more alive in how they’re animated. They might design the AI for an enemy to peer around a box, shrink back, and then whenever you get too close he charges at you. It feels more alive, because the animation and the movements convey that. It’s not just the AI, but how the AI relates to the creature’s movements and how that feels to the player observing them.

Question: Do you envision a future where games could be created by artificial intelligence?