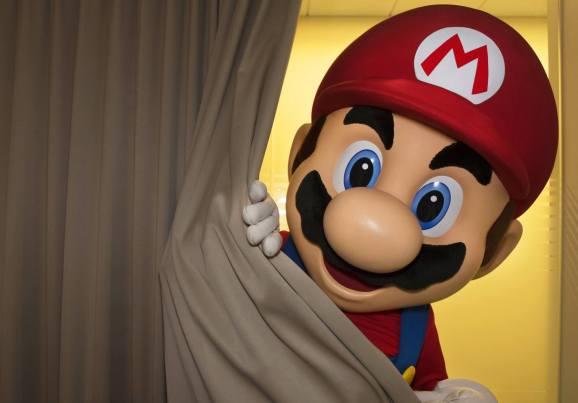 Whatever you're doing behind that curtain is working, Mario.

The markets are starting to believe in the possibility of a resurgent Nintendo.

The publisher’s stock price on the Tokyo exchange is $253.86 (29,255 yen). That’s its highest price since the company saw a somewhat faulty spike in June to $275.68 (31,770 yen) following the debut of Pokémon Go. Nintendo’s share price almost immediately lost those summer gains once investors realized that Nintendo does not fully own the Pokémon brand. The difference today is that the stock is rallying based on the imminent launch of the company’s first mobile game, Super Mario Run, on December 15 as well as the upcoming release of the Switch hybrid home/handheld console in March. And Nintendo certainly owns both Mario and the Switch. 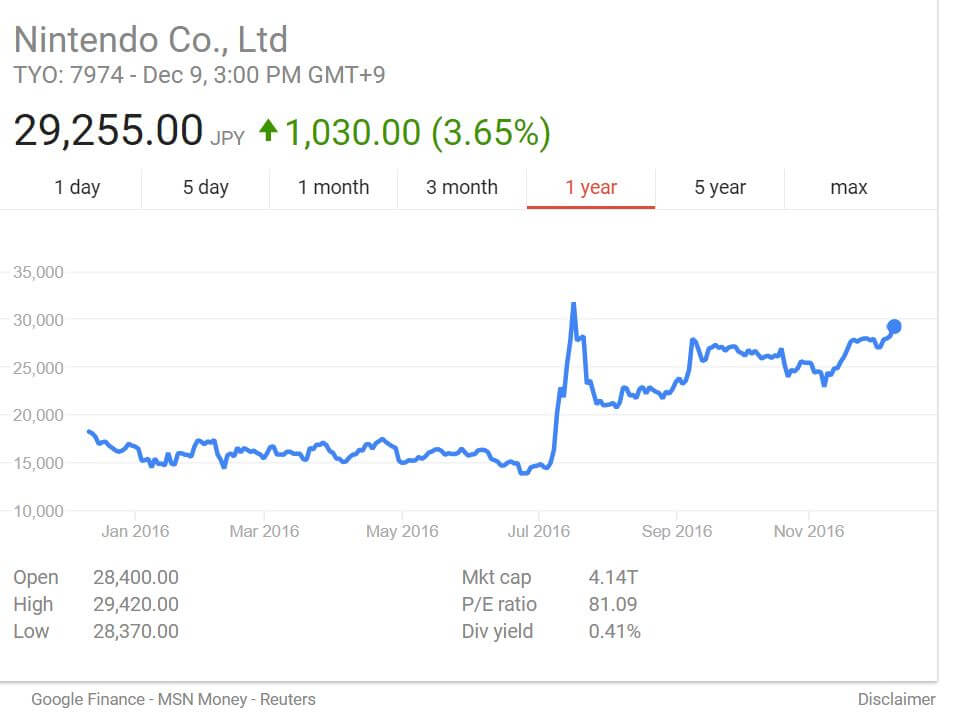 Super Mario Run is a new mobile game — the first from Nintendo. The publisher previously experimented on mobile with its social app Miitomo, but now it is fully embracing the $36.6 billion iOS and Android gaming market. Super Mario Run will debut exclusively for iPhone on Thursday. Owners of the Apple device can download the game for free, but they’ll have to pay $10 to unlock all of its content. Analysts expect it to make more than $70 million in revenue in its first month.

Switch, meanwhile, is Nintendo’s next dedicated gaming system. It features a design that enables you to use it on a television or as a high-powered portable. The publisher is planning an all-out media blitz for the system in January, but anticipation for the system is already starting to build.

Nintendo is definitely stoking fans’ passions for these products as well with a recent appearance on The Tonight Show starring Jimmy Fallon. The company let host Jimmy Fallon play Super Mario Run, and then, Nintendo of America boss Reggie Fils-Aimé let Fallon play the Switch and The Legend of Zelda: Breath of the Wild. This is the first time gamers have seen a demo of the machine actually running titles.

The market’s run on Nintendo stock is a sign of confidence in the new strategy to pursue mobile offerings and the Switch. In October, after the company finally revealed the Switch with a debut trailer, it saw a decline in its stock price as well. But now that Nintendo is continuing to build toward a release with a confident marketing strategy, all of that value has returned.