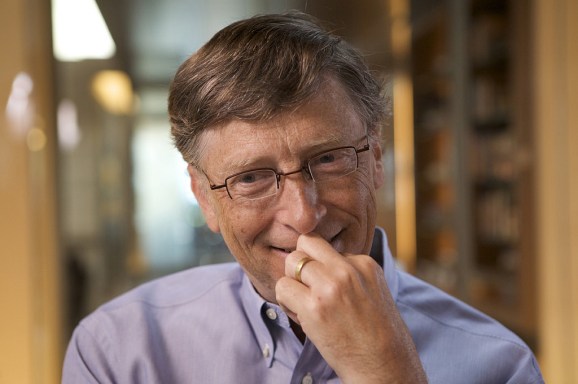 Nearly two dozen of the world’s most successful business leaders, entrepreneurs, and venture capitalists will invest up to $1 billion in a fund led by Microsoft co-founder Bill Gates that aims to reduce greenhouse gas emissions to almost zero by financing emerging clean energy technology.

“I am honored to work along with these investors to build on the powerful foundation of public investment in basic research,” BEV chairman Bill Gates said in a statement Sunday night. “Our goal is to build companies that will help deliver the next generation of reliable, affordable, and emissions-free energy to the world.”

The new fund is part of the Breakthrough Energy Coalition, which Gates launched in December 2015 in an effort to bring together a global group of investors who were committed to developing the next generation of energy technologies. The BEC was launched alongside Mission Innovation, a multi-billion clean energy research and development initiative on the opening day of the U.N. climate change summit in Paris. The countries participating in the initiative committed to doubling their clean energy technology research and development budgets by 2020, and private investors will boost their own investments in the sector.

BEV will help build companies based on the promising technologies that come out of these countries’ scaled-up public research pipelines, according to participants in the fund.

The new fund, which will have a 20-year lifespan, is designed to be both broad and scientific — two seemingly contradictory focuses — in its investment approach. The fund will not be confined to a specific segment of the investment pipeline, which means it will put money into startups at the earliest of stages all the way to companies that have reached commercialization. The fund will consider investments across a broad number of energy sectors, including electricity generation and storage, transportation, industrial system use, agriculture, and energy system efficiency.

At the same time, BEV will collaborate with other investors, governments, research institutions, and corporate partners to develop a fund with internal scientific expertise. The goal here isn’t for a quick flip, in terms of return on investment. Instead it’s meant to look toward startups and companies with the best energy technology — with the understanding that these might be long-term and involve the kind of risks required to transform energy markets, according to the coalition.

The coalition also shared its “Landscape of Innovation,” a guide of sorts for public and private investors interested in putting their money towards technology that could lead to a zero-carbon emissions world.

Cleantech was a rising venture star a decade ago with funds, including those started by Kleiner Perkins Caufield & Byers and Khosla Ventures, investing in startups such as Bloom Energy and geothermal company AltaRock Energy. But cleantech lost its luster for some firms even as the global population and the planet’s temperature continue to rise. Some of these investments have helped fund breakthrough in clean energy that have led to commercial adoption, while others have fallen flat.

Solar panel installations have boomed in the U.S., China, and parts of Europe thanks to a combination of incentives, venture funding, and regulations. Commercializing low-cost biofuels, energy storage, and carbon capture and storage have hit a myriad of headwinds.