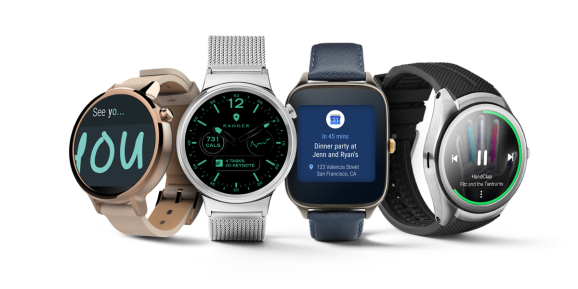 Google has acquired the team behind Cronologics, a startup looking to develop what it hoped would be the smartwatch platform in the marketplace. Terms of the deal were not disclosed, but the Cronologics team will be joining the Android Wear division.

“We see strong alignment with Android Wear’s mission and look forward to working with our new colleagues at Google to continue pushing the frontier of wearable technology and smartwatches with Android Wear 2.0 and beyond,” Cronologics wrote in its announcement post.

The acquisition is a homecoming for Cronologics, which was founded in 2014 by Lan Rcohe, Leor Stern, and John Lagerling — all of whom have previously worked at Google in business development. In the past two years, they have sought to develop a way to build “compelling wearable hardware” and software-based experiences, using a common architecture.

Some of the company’s technology has already been integrated into the smartwatch CoWatch. Cronologics was able to place its Alexa-equipped operating system into the product so that you can control your smartwatch using your voice — perhaps like K.I.T.T. from Knight Rider? With this capability, Google may want the Cronologics team to flesh out the capabilities in Android Wear so that it’s more voice-enabled and could be used to facilitate more third-party voice-activated apps, and perhaps even pair with other connected devices, such as the Google Home.

Prior to the acquisition, the company had been looking to fill several engineering roles, including two senior positions. And while the team was made up of former Googlers, Cronologics was also looking to bring its technology to non-Android properties, including the Apple Watch and iOS devices. Due to the Google deal, it might be safe to say that those ambitions have been tabled… for now.

Cronologics had raised some money from investors, including Shakil Khan, CoinDesk and Student.com founder and head of Spotify’s special projects.