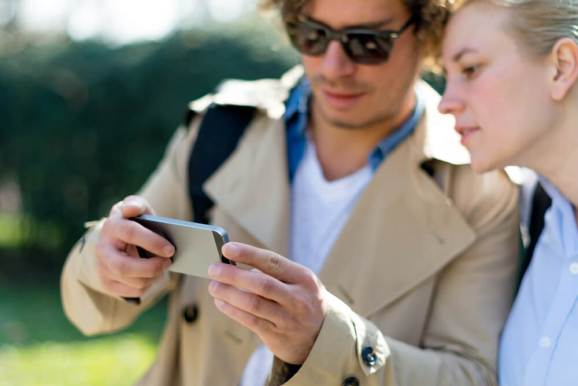 This past September, Facebook told The New York Times that a full three quarters of the video views on its platform are occurring on mobile devices. And according to Cisco, the mobile video takeover will extend far beyond social media. According to the technology giant, video will account for 75 percent of all mobile traffic data by 2020, a year when overall mobile traffic is expected to be 10 times higher than it was in 2015.

All of this presents advertisers with a rather urgent challenge. While mobile video is a sticky, engaging medium for viewers, the 30-second spots that have ruled television simply aren’t going to cut it on the small screen. In an environment where users are in control and capable of using ad-blocking software to nix marketing messages, advertisers must deliver fresh creative experiences that are truly worthy of consumers’ time and attention. Above all else, brands and agencies hoping to win the future must begin innovating new formats that can delight and excite mobile video viewers over the next five years.

How media consumption habits are transforming the digital world

In order to succeed, marketers need to truly understand how consumers’ relationship to digital media has been remade by the rise of smartphones and tablets. Essentially, we are on the precipice of the third generation of digital media.

Era 1 was dominated by static websites, portals and search engines like AOL, Yahoo, and Google. In Era 2, (also known as Web 2.0) we saw the emergence of blogs, sharing tools, and the launch of social platforms such as Facebook and Twitter. Era 2 was more recently rocked by the radical shift to mobile, which created a new set of leaders as well as challenges. And now, as we approach Era 3, mobile devices have become the primary touchpoint on which people socialize, catch up on news, and entertain themselves, with video content dominating the platforms they use to do so.

In Era 3, the public is not just watching short-form social videos on their smartphones and tablets, but also the premium scripted shows and live sporting events that had previously been the singular domain of television. Naturally, a significant portion of the roughly $70 billion that brands spend on U.S. television ads will follow consumer attention and top-shelf content to the mobile environment. In fact, the IAB reports brands spent $1.6 billion on mobile video ads during the first half of 2016 alone, a staggering 178 percent increase from one year prior.

More succinctly, TV ad dollars are flooding into mobile video. How that money is spent will determine which brands thrive and which ones struggle.

The future of mobile advertising will provide utility, entertainment, and value

Fundamentally, the smartphone and tablet experience is defined as much by its “mobility” as by its proximity to the consumer. Rather than being at a distance like a television screen, mobile devices literally sit inside the user’s hands, demanding close attention and giving them the power to instantaneously withdraw from any ad experience that fails to justify it. Whereas a TV viewer might have no qualms with sitting back to watch a boring 30-second spot — or at the very least, allowing it to play in the background while they do something else — a mobile user is more likely to shut it down.

The opt-in context of mobile requires brands to deliver advertising that people actually want to engage with. This could mean using sensors to create interactive video experiences that take advantage of the smartphone or tablet’s features and functionalities. Already, we’re beginning to see brands like Toys ‘R Us experimenting with exciting mobile-enabled augmented reality tools. Meanwhile, Google Cardboard is opening the door for advertisers to amaze consumers with virtual reality on smartphones and tablets.

Overall, the future of mobile and mobile video marketing will look much more like a great consumer experience than what we think of as traditional advertising. No matter what, advertisers should be proactive about meeting consumers at the touch points they’re most comfortable with and providing a service that gives people real value.

For instance, a brand could sponsor live video coverage of an awards show or create an interactive experience to enhance a big sporting event people are watching. The key is that whatever brands do, the advertising experience must be able to stand alone as something people enjoy. This requires a different set of tools but is unified by two non-negotiables: great creative and great user experience.

The next wave of advertising innovation

For certain, the coming mobile video revolution presents its fair share of challenges to advertisers as they seek to adapt their messaging strategies to a rapidly shifting landscape. Winning brands will need to stay up to date with a deluge of digital innovations, all while avoiding the “shiny object syndrome” trap of pouring too many resources into every new platform or app that emerges.

Nonetheless, our present moment gives advertisers an exciting opportunity to leverage new technology tools to create awesome experiences for consumers. By keeping an open mind and prioritizing the user experience, brands can make Era 3 of digital advertising the best one yet.

Eric Franchi is co-founder and SVP Business Development at Undertone.