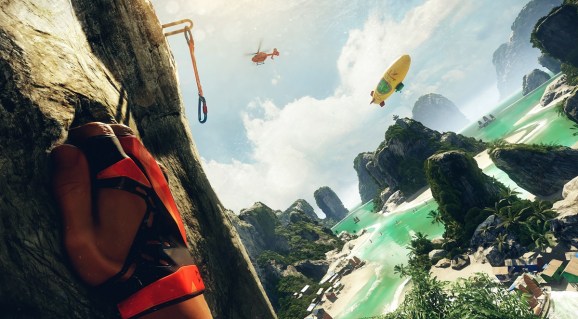 Crytek's The Climb has very cool visuals running in real-time.

Crytek reportedly hasn’t paid some of its employees in more than a month, according to complaints that are spreading on the Internet.

The maker of games such as Crysis and Far Cry has allegedly had delays in payroll over the past six months, and a number of employees claim they have not been paid in two months. The complaints have appeared on Glassdoor.com, Reddit, and other social media.

A person claiming they worked at Crytek contacted GamesBeat to say that the reports on the social media sites are correct, saying the company had not paid employees for two months. GamesBeat has asked Crytek, based in Frankfurt, Germany, for comment.

This is not the first time that Crytek has been in financial trouble. Rumors surfaced in 2014 that the company was on the financial edge. The company cut a couple of hundred jobs and sold off Homefront: The Revolution and its U.K. studio to Deep Silver. It also licensed its CryEngine video game engine to Amazon, which used it to create the Lumberyard game engine.

Crytek has been making virtual reality games such as The Climb and Robinson: The Journey. One of the complaints on Glassdoor said, “Salaries not arriving on time since last 6 months with no heads-up from the management nor the owners. Every time is the ‘last time.’ No apologies or explanations were offered. The delays were anything in between of 1 and 3 weeks. In September the founding brothers finally decided to address this issue on a company meeting, but dodged all the specific questions and promised that ‘the situation’ is now resolved once and for all. It wasn’t.”

There are a half-dozen similar complaints on Glassdoor. In March, Crytek switched its CryEngine tool to a “pay what you want model.” Cevat Yerli and brothers Avni and Fauk started Crytek in Germany in 1999. Beyond Frankfurt, the company has studios in Sofia (Bulgaria), Istanbul, Seoul, Shanghai, Kiev, and Budapest. The company had more than 700 employees, but it’s not clear exactly how many are still on board. One of the questions is whether the company’s move into virtual reality, with games such as The Climb, will pay off.

The owners could seek funds from investors or by selling off various studios.