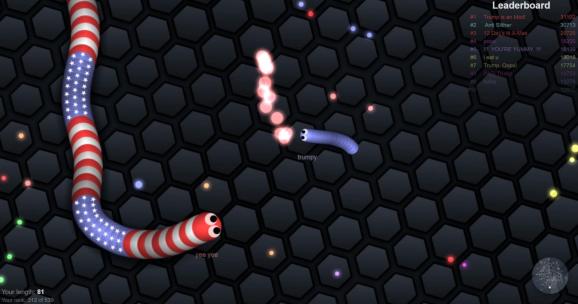 The top three most Googled games of 2016 weren’t sequels or even all triple-A blockbusters. Instead, some web games and a colorful new shooter captured the curiosity of the internet.

Google revealed the games that people searched for the most on its service. The top two games were Slither.io and Agar.io. These are simple web games that enable players to get online and play with hundreds of others with the goal of collecting items to get as big as possible. Slither.io is has you taking on the role of a worm who must avoid running into the sides of other player worms. Agar.io has you playing as a circle, and you can get bigger by absorbing smaller players.

Agar.io was actually the third most Googled term in 2015, and it’s momentum continued this year. Blizzard Entertainment’s Overwatch, a class-based team shooter, came in at No. 3. That’s a huge accomplishment for a new franchise. The only other new property on the list is universe-exploration simulator No Man’s Sky.