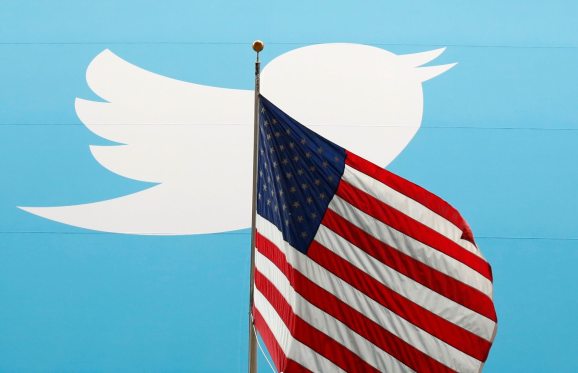 The Twitter Inc. logo is shown with the U.S. flag during the company's IPO on the floor of the New York Stock Exchange in New York, November 7, 2013. REUTERS/Lucas Jackson/File Photo

The interview is part of the Pardon Snowden campaign, which has garnered support from Apple cofounder Steve Wozniak, World Wide Web creator Tim Berners-Lee, Dorsey himself, and a slew of actors and former U.S. security officials.

As the campaign’s name suggests, its purpose is to petition Barack Obama to pardon Snowden before Trump takes office in January.

The Pardon Snowden Twitter account is sourcing questions for the interview with the #AskSnowden hashtag. We expect Snowden to be the focus of the event — that’s what the campaign’s for — but given Twitter’s role in the election, we’d love to hear if Dorsey would ever ban a president for cyberbullying. Just asking.