A photo of the meeting has emerged. It’s a wonderful photo. My favorite part is what’s in Satya Nadella’s left hand.

It’s not a smartphone, even though Nadella often speaks about how this world is mobile-first and cloud-first.

It’s also not a Surface. Brad Smith is clearly seen using a Surface. He may or may not be holding a Surface Pen in his right hand; the photo isn’t clear enough to show that. 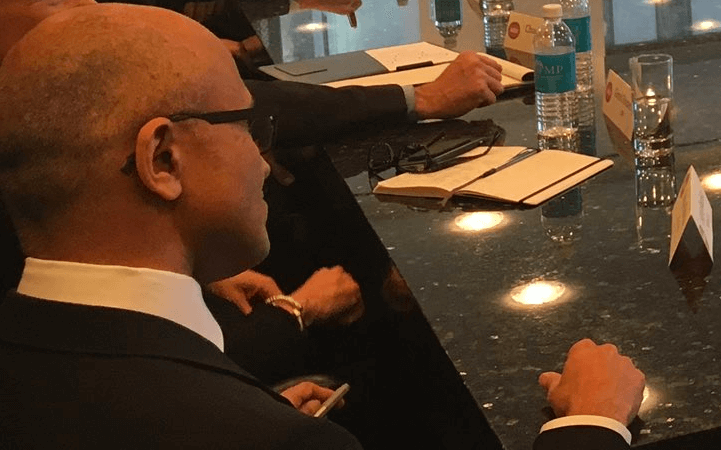 Above: Nadella and Surface Pen.

Tim Cook is not showing an iPhone. But Ginni Rometty does have an iPhone in front of her. It’s inside a Smart Battery Case.