New York startup Vkansee has raised $10 million in funding to develop its optical fingerprint sensor that can detect your fingerprint on a smartphone from underneath the glass.

Oddly enough, the announcement comes a day after rival Synaptics, an established player in touchscreen sensors, announced its own under-glass optical fingerprint sensor.

Vkansee said it has patented its ultra-thin optical fingerprint sensor, which is expected to hit the market in 2017.

To date, the company has raised $12 million. The secured financing will allow Vkansee to accelerate its growth, develop new products, and commercially mass produce and distribute its high-resolution sensor to meet demand for higher biometric authentication security on laptops, phones, and other mobile devices.

The company will use the money to support the production of test wafers for manufacturers and suppliers to evaluate the sensors for device integration in 2017. Vkansee will make the first 200 evaluation kits available for testing at the Consumer Electronics Show in Las Vegas, which takes place during the first week of January. Vkansee plans to show a new prototype there.

Vkansee uses what it calls “pin-hole imaging” to capture fingerprints under glass. Vkansee said it will drive innovation for greater security against fingerprint hacks on personal mobile devices and other digital security entry points, including wearables and other Internet of Things (IoT) concepts. 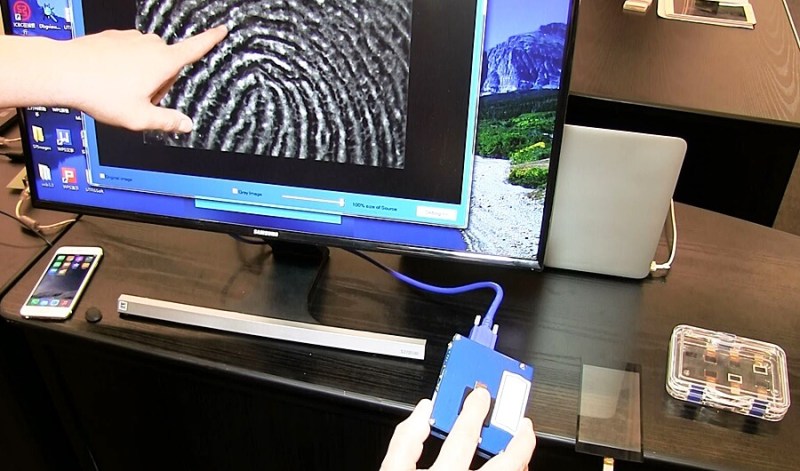 Above: Vkansee demo of fingerprint identification.

“Bringing security-grade optical fingerprinting to personal devices has always been our priority and passion, and this recent infusion of capital will support delivery of this technology directly to consumers,” said Jason Chaikin, president of Vkansee, in a statement. “We’re excited about the initial responses received from major industry players and look forward to seeing our sensors in the market and on phones and other technology in the near future.”

The company has 32 employees across offices in Beijing, Shenzhen, and New York.