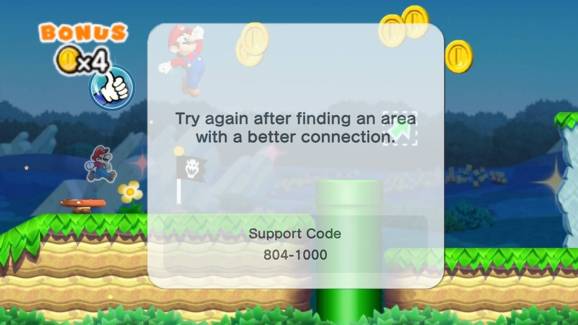 Nintendo doesn't care about inconveniencing its customers to avoid piracy.

Nintendo is bad at the internet. Remember Friend Codes? Well, they’re back in the publisher’s first Mario game for mobile devices. But that’s not the biggest problem with one of the most anticipated iOS games of the year.

You can’t play Super Mario Run without a solid internet connection. The auto-running platformer debuted on the iOS App Store earlier today, and it feels like a Nintendo game. Our review has issues with its length as a $10 purchase, but the amount of time it takes you to beat all of the levels in Super Mario Run is not something you’ll have to worry about if you’re on an airplane or in a subway tunnel. In those situations, the game won’t let you play if it cannot connect to Nintendo servers. That’s an issue for an app that is likely to make tens of millions of dollars in the $36.6 billion mobile gaming industry. 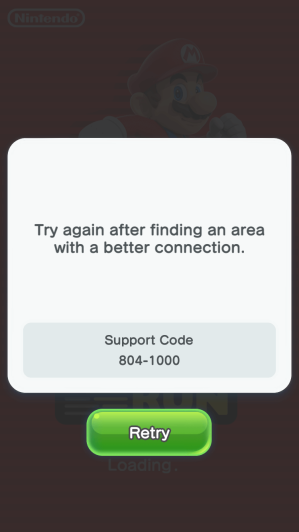 Above: No. How about you let me play the game that I purchased.

If you try to play Super Mario run without an internet connection, the app won’t let you load into its levels. Instead, you’ll get a warning message asking you to find a better connection. You can probably imagine situations where finding a better connection is impossible, but that’s not Nintendo’s problem.

Requiring an internet connection for video games is not new, but Nintendo’s implementation is especially dumb. Forcing an always-online prerequisite on a game is often a developer’s or publisher’s way of fighting piracy. Legendary Nintendo designer Shigeru Miyamoto admitted in an interview with Mashable that they are using the online check to ensure players on mobile devices are not playing illegally downloaded copies on their devices. But that authentication process is nearly the extent of Super Mario Run’s online functionality. The game has some minor sharing and social features, but Super Mario Run is not an “online” video game.

These days, when a publisher requires an internet connection in a game, it often couches that in new features that improve the experience for the players. Think about infiltrating another player’s game in Ubisoft’s Watch Dogs 2, playing a cooperative strike in Bungie’s shooter Destiny, or the core head-to-head gameplay of Supercell’s Clash Royale. You need a constant online connection for those games because that’s how you get the most out of them.

Super Mario Run doesn’t have any of that. You don’t need an internet connection to get the most from its features. So what’s happening here is Nintendo is inconveinencing its paying customers so that it doesn’t have to get creative about dealing with pirates, and that makes the company look pretty silly when it comes to making mobile games in the year 2016.