Ed Annunziata has settled a lawsuit with video game publisher Sega over the ownership of the Ecco the Dolphin series. That’s an interesting development that could pave the way for the rebirth of the franchise, which Sega brought to its game consoles starting in 1992. 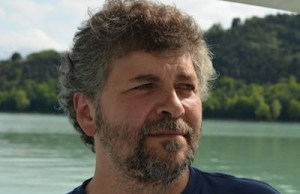 Annunziata filed the lawsuit a few years ago after he created a Kickstarter campaign for a game called The Big Blue. Since he didn’t have the rights to the Ecco the Dolphin name, Annunziata tried to create a spiritual successor in 2013 with Spencer Nilsen, another creator, through a startup called Playchemy. The game would have been a next-generation undersea adventure.

The Kickstarter campaign for The Big Blue failed to hit its ambitious fundraising target of $665,000, and the project seemed to die after that. But we now know that Annunziata didn’t give up. Rather, he filed a lawsuit against Sega to get the rights back.

Neither Sega nor Annunziata are willing to comment on the case.

Ecco the Dolphin has become a classic with a big following, and it has been republished on downloadable platforms, bringing the title to new audiences. But there are a few competing ocean simulators out there now, such as theBlu, an undersea virtual reality adventure from Wevr that’s on Steam.