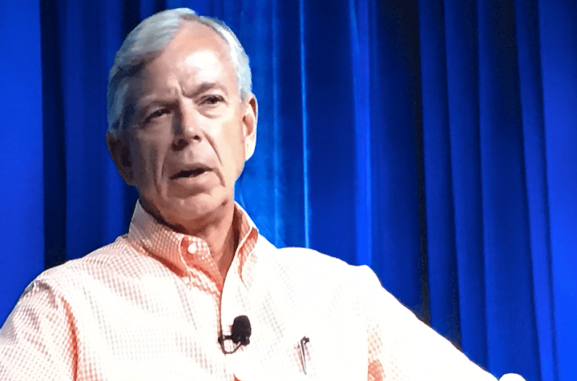 With Verizon’s $4.8 billion acquisition of Yahoo in danger of being cancelled after two major hacking incidents, analysts are starting to look at what else the telecom giant could do to bolster its digital advertising strategy.

Verizon CEO Lowell McAdam is trying to build an online ad business to be the third-largest player behind Google and Facebook. The drive comes as growth in Verizon’s traditional wired and wireless telecom units is slowing and the company is looking for new businesses to get into.

But analysts fear there aren’t many relevant targets remaining after McAdam’s AOL acquisition last year and the pending but flailing deal for Yahoo. Yahoo disclosed this week that it had been hit by a second major hacking penetration, this one involving 1 billion accounts. Verizon, which has the right to scrap its deal over a material change at Yahoo, was already investigating the impact of the first hack, disclosed in September.

Internet music service Pandora Media, restaurant guide Yelp and beleaguered social network Twitter are possibilities, though none adds the amount of ad revenue or user base heft of Yahoo. Most remaining advertising technology firms are small and wouldn’t add enough innovation to the assets already acquired at AOL.

“It’s anyone’s guess as to what Verizon means by scale,” BTIG Research analyst Walter Piecyk says. “But given the lack of options, Pandora, Twitter and even Yelp might attract Verizon’s interest.”

Verizon declined to comment. The company has said it is evaluating the Yahoo situation in light of the hacking incidents, but has not announced whether it will complete the acquisition, seek a discount on the price or abandon the deal altogether.

One rumored deal on Wall Street does appear to be off the table. After AT&T bid for Time Warner, some assumed Verizon might counter by seeking to buy CBS, especially after the entrainment giant called off exploring a merger with Viacom. But at an analyst meeting this week, Verizon officials indicated they are uninterested in pursuing CBS. It’s the same message McAdam offered in public at the UBS investor conference on Dec. 6, when he all but dismissed AT&T’s old media deals. “We want to skate to where the puck is going,” McAdam said.

Still, Pieck and other analysts think McAdam could go in another direction if the Yahoo deal fails by bulking up Verizon’s distribution networks with the acquisition of a major cable or satellite operator. Comcast and Charter Communications, the two largest cable operators, have been rumored, but Piecyk says Dish Network, which owns extensive airwave license rights, would make the most sense “bar none.”

Verizon has committed to reducing its large debt load that resulted from acquiring Vodafone’s ownership slice of its wireless unit almost three years ago. But thanks to the recent data center sale to Equinix and last year’s telecom deal with Frontier Communications for Texas, California and Florida, there is still plenty of cash for additional acquisitions, Amy Yong, analyst at Macquarie research, notes.

She also favors a move for Dish. While Sprint and T-Mobile have introduced cut-rate unlimited data plans, Verizon is hampered by its currently overburdened spectrum. Dish would bring enough airwave rights to let Verizon get into the unlimited data game, Yong says.

“The three-pronged strategy for connectivity, platforms, and solutions continues to unfold,” Yong wrote in a report last week. “Replenishing its cash keeps it on track to reach pre-Vodafone leverage and leaves dry powder for eventual M&A, which we believe could involve Dish.”