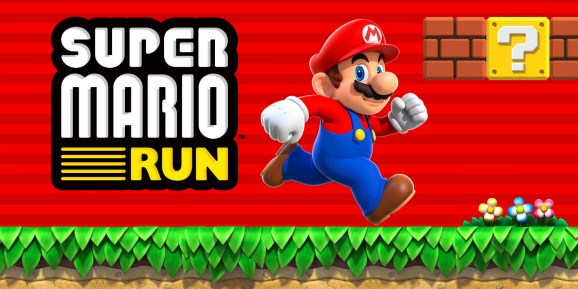 Pokémon Go may need to make way for a new mobile success story.

Super Mario Run had more downloads on its first day than the location-based sensation, according to app analysis group Apptopia. Super Mario Run on the Apple App Store hit 2,850,000 downloads compared to Pokémon Go’s 900,000. This is a fantastic start for Nintendo as it hopes to use its most recognizable character to take advantage of the $36 billion mobile gaming market. We asked Apptopia if this is a new opening day record for an iOS game and will update if we have confirmation.

To be fair, Pokémon Go’s success increased as word of mouth spread about the innovative game, which has players walking around the real world and hunting for digital creatures to collect. During its second day, it had 2,061,000 downloads. On the third day, it achieved 5,600,000 downloads.

Super Mario Run could be more front loaded. Nintendo did a lot to promote the game, including an appearance on The Tonight Show with Jimmy Fallon. Since it was an iOS exclusive, even Apple worked to make sure iPhone and iPad owners knew about the game. People were waiting for the advertised December 15 launch date. Super Mario Run also had a wider worldwide launch while Pokémon Go’s release was more scattered.

Also, Super Mario Run doesn’t have as much of a social aspect as Pokémon Go, so players are less encouraged to get their friends into the game. Still, if people are enjoying the app, word of mouth could lead to even more downloads.

Our own review for Super Mario Run called it a fun game that captures Nintendo’s magic, even if it could use more levels.