Second Life is by far the most successful virtual world ever created. And with Sansar, the creators of Second Life at Linden Lab believe they can use virtual reality to create a far more immersive experience.

Just as Second Life democratized the creation of virtual objects in a virtual world on the PC, Sansar is meant to democratize VR, empowering people to easily create, share, and monetize their own multi-user, interactive virtual experiences without requiring engineering resources. Creators are now able to apply to get early access to build virtual spaces, and the world itself is expected to open up to everyone in early 2017.

“Second Life is the most successful virtual world ever made to this day,” said Linden Lab CEO Ebbe Altberg in an interview with GamesBeat. “No one has ever come close. We are building something here that we believe can go way beyond what Second Life achieved.” 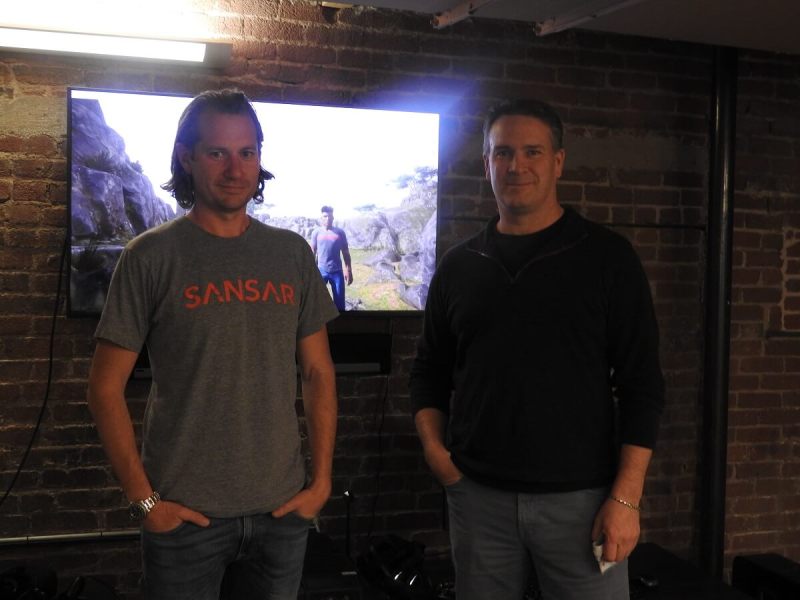 Above: Bjorn Laurin (left) and Ebbe Altberg of Linden Lab show off Sansar.

I had a chance to meet with Altberg and Bjorn Laurin, vice president of product at Linden Lab, to talk about Sansar and to view parts of it in a demo. The VR world lets you create your own virtual spaces with your own virtual assets or buy them from other creators in a store. Rather than one continuous world, Sansar is a set of virtual spaces that will be a lot more accessible than Second Life. You could, for instance, share the link to your virtual space on social media and invite people to visit it that way. With Second Life, you typically visit the site, download the client, create your avatar, and then join it.

“Sansar is more of a platform where every experience is an entry point in itself,” Altberg said. “It’s a little like WordPress. If you build a blog on WordPress, you are not part of a WordPress world. You can easily move from one experience to another. We want to make it easy to attract your own followers to your experience. There’s no need for a continuous geography for all of these experiences. It’s a much bigger surface area exposed to the outside world, rather than just Second Life.”

Using the HTC Vive VR headset, I went into a virtual space, dubbed Rooftops, with a nice plaza, a fancy car, and some palm trees. It had a nice view that went on for miles. Using the touch controllers in my hands, I picked up a palm tree and moved it from one place to another. In another space, I played with physically accurate rubber balls that I bounced around the space. The physics simulation of the world is first rate. I could teleport quickly from one spot to another using the hand controls.

You’ll be able to access your inventory and then drag things into it using the touch controls while in VR. I could manipulate the objects by turning my hands in one direction or another. You can do in minutes what took months to do the old way, Altberg said.

Project Sansar will be optimized for VR headsets like the Oculus Rift but also accessible via PCs and (at consumer launch) mobile devices. (Mobile VR access will be coming later on, as the spaces are best accessed via PC-based VR at the moment.) About 75 people are working on it, and the whole project has been in the works for three years. An editor exists that allows people to create their scenes on the PC or in VR. As people publish their experiences, they can make it available in the cloud.

Altberg said spaces will be available for people to explore and play games. And certain places will allow you to meet coworkers, so you can collaborate and get work done. Other spaces will be classrooms or training places, and some will be entertainment areas like bowling alleys.

“That’s what humans do,” Altberg said. “We believe there will be huge demand for these types of VR experiences. But the amount of work you have to do to create just one social VR experience is incredibly high today. You would have to hire a team that would use a licensed game engine to create the experience. You need artists for the content. You would have to build a massively multiplayer online game. If you are a creator or a family or a school or an architecture firm, you’re not going to go build yourself an MMO. There needs to be a tool to make it much faster to create and share this kind of content. That is what Sansar is aiming to solve.” Above: The atmosphere is realistic in Sansar.

“I suspect a lot of creators will build things in PC mode and switch to building other things in VR mode,” Laurin said. “I find it surprisingly fun to grab big objects above me and move them around.”

I moved to a place dubbed Origin Cinema, a big amphitheater with a stage. I could listen to music on the stage. The sound felt like it was coming from three dimensions. I also went to a circular platform where I could watch 360-degree films, and I walked along the sides of a virtual Golden Gate Bridge.

I went inside the burial tombs of ancient Egyptians, where I was able to play with the same virtual balls. The Egyptians seemed fairly short, as I was bumping my virtual head on the ceiling as I explored the tombs. I also went into another virtual space, Hunterkiller, where the creators had built a life-size model of a spaceship from The Terminator.

Sansar will have exploration, socializing, and other experiences made possible through expressive avatars, using text, and voice chat. And it will make it easy and fun for people to create their own social VR experiences, eliminating the need to find a professional developer to build such an experience today. 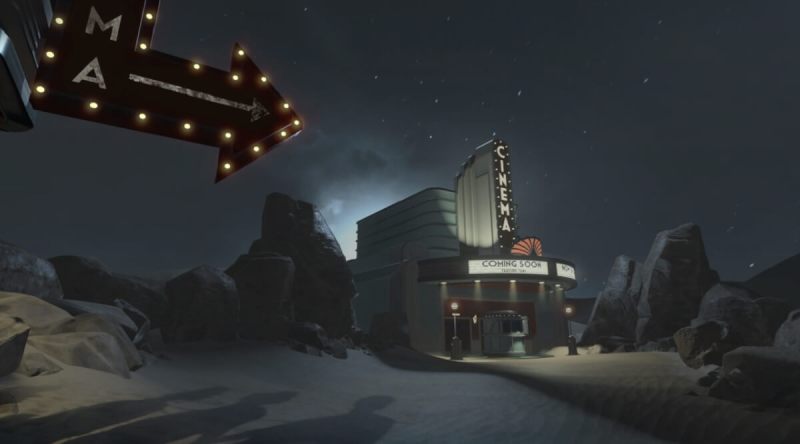 Linden Lab said users won’t have to worry about issues like hosting and distribution, multiuser access and communication systems, virtual currency, and regulatory compliance. Sansar will do for VR what WordPress enabled for bloggers on the Web. Interest could come from groups in gaming and entertainment, education, architecture, art, community-building, business, healthcare, training, and more.

Right now, Linden Lab has invited a number of Sansar creators to come into the platform and begin imagining fun virtual spaces within it. Those spaces will be open for everybody to visit when the world goes live in 2017, and the assets will also be available for people to purchase and use in their own VR spaces.

Sansar will have competition from Philip Rosedale, the original founder of Linden Lab, with his High Fidelity VR collaboration experience. Facebook has also been showing its own social VR space for the Oculus Rift, but there’s no indication yet that Facebook is preparing to ship something like that anytime soon.

“We believe Sansar is going to pave its own path,” Altberg said. “It will run side by side with Second Life, and it is still going very strong. Last year, users redeemed $60 million. Users will choose which way they want to go.”

Altberg said that the economy of Sansar will be similar to Second Life’s, but Altberg wants it to be far more accessible.

I enjoyed my brief tour of the spaces in Sansar. It was fun having a conversation under a big spaceship, talking with Laurin, who was sharing the same space in his own avatar. The spaces are a bit of a ghost town now, but when Sansar is fully populated with people, it’s going to feel a lot like the Metaverse, the cyberspace world envisioned in Neal Stephenson’s 1992 novel Snow Crash.

“That’s a small sampling of what users can create and share,” Altberg said.