South Korean mobile game publisher Netmarble has agreed to acquire Kabam’s Vancouver studio, which has produced the lion’s share of Kabam‘s revenue with the hit game Marvel: Contest of Champions.

Netmarble is acquiring Marvel Contest of Champions, and it is also acquiring the Vancouver studio’s next game, Transformers: Forged to Fight. It should launch in the second quarter, and the deal itself is expected to close in the first quarter. Netmarble nor Kabam disclosed the price. GamesBeat previously reported that Kabam had received a bid of $800 million for the Vancouver studio.

Kabam’s Vancouver unit is one of the most successful and valuable studios in the free-to-play mobile game industry. Marvel: Contest of Champions has grossed over $450 million since launching in December 2014, has more than 90 million installs, and continues to perform on the U.S. iTunes App Store’s top grossing charts, consistently ranking within the top 10.

“The Vancouver studio is joining a premier organization that will continue its legacy of creativity and propel it to the next generation of game development,” said Kevin Chou, the CEO and cofounder of Kabam, in a statement. “We’re extremely proud of the work we accomplished with the Vancouver Studio, and we know the team will continue their world-class work with Netmarble. No doubt they will continue to create amazing games for a global audience.”

For Netmarble, which operates a billion-dollar-a-year mobile game business, the deal is a big part of its westward expansion plans. In 2015, Netmarble invested $130 million in SGN, now called Jam City. One of Netmarble’s biggest games is Marvel: Future Fight. Netmarble started in South Korea as a PC game developer in 2001. 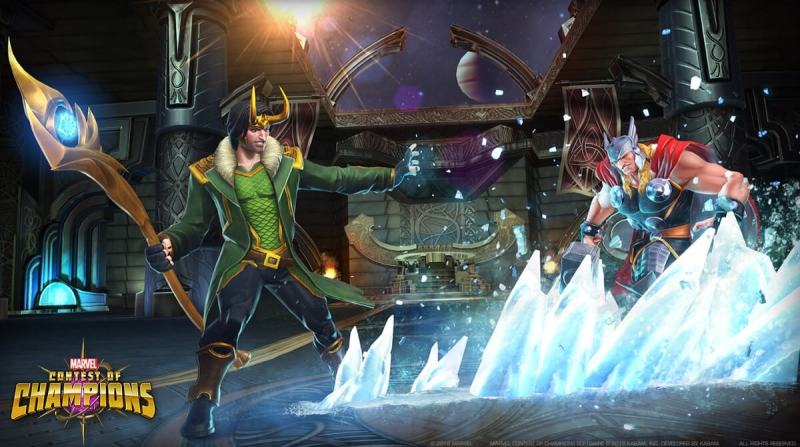 In addition to Kabam Vancouver, Netmarble will also acquire the customer support teams based in Kabam’s Austin, Texas, office and parts of the business development, marketing, and user acquisition teams from Kabam’s San Francisco headquarters. This will enable Netmarble to ensure players globally experience no interruptions in operations and support, the companies said.

“We consider Kabam’s Vancouver studio to be one of the best world-class game studios in the Western market,” Seungwon Lee, chief global officer of Netmarble Games, in an interview with GamesBeat. “It has been super successful with Marvel Contest of Champions, while Netmarble has been strong in Asia in role-playing games on mobile. We saw the potential of teaming of these two companies.”

In an interview with GamesBeat, Lee said that his company is picking up roughly 250 people from Kabam, most of them in Vancouver and Austin.

It isn’t clear yet exactly what will happen with the rest of Kabam, which has big studios in Los Angeles and Beijing. Kabam had 600 employees overall before the deal. Kent Wakeford, chief operating officer of Kabam, said that Netmarble will actually be buying Kabam Inc., which is the whole company. In that way, the shareholders will be paid, based on their percentage ownership of Kabam Inc.

But Kabam Inc. will then proceed to spin out the remaining pieces of Kabam — the parts that Netmarble is not buying — as a separate company. Wakeford said that the separate company would then begin a process of selling itself to another bidder. Among the assets are the Los Angeles studio, which is working on a game based on the Avatar movie franchise. The separate company won’t have any games live on the market, but it will have games in development, Wakeford said.

Asked why Netmarble didn’t buy all of Kabam, Lee said that his company was invited to bid upon Kabam Vancouver, and it followed through with that process. Wakeford said that the Vancouver is the “crown jewel” within Kabam, thanks to the success of four major games and the longevity of Marvel: Contest of Champions. He said this deal was one of the best ways to “create shareholder value and allow our shareholders to have a return for it.”

Wakeford said the Transformers game is in geographic testing now, and it is expected to launch ahead of the new Transformers movie. Lee said that Netmarble will also launch its Star Wars: Force Arena game sometime next year, and the two will give it a strong lineup for 2017. Netmarble is also preparing for an initial public offering for sometime in 2017.

“We characterize this acquisition as a very important step for Netmarble in our progress into the Western market,” Lee said. “We will continue to strengthen our collaboration with Vancouver and help them.”