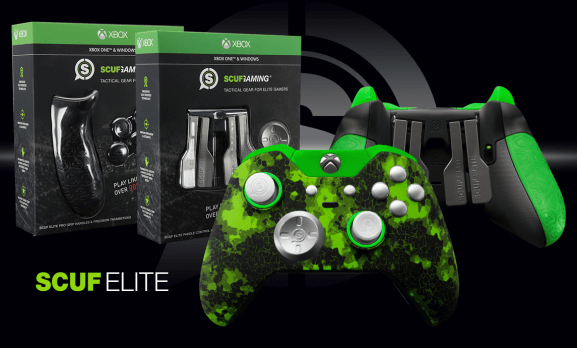 Scuf is bringing its accessories to the Xbox Elite Wireless Controller.

You elite gamers can now get even more from your controller.

Scuf Gaming has launched a number of accessories for the Xbox Elite Wireless Controller (formerly known as the Xbox One Elite Controller) that will give players a number of ways to change how the gamepad works. Microsoft and Scuf have an official partnership, and the controller manufacturer built the accessories specifically for the Xbox One pad. Scuf’s Xbox Elite kits include a $40 system for upgrading your paddles and D-pad and a $30 set of thumbsticks and grips that fit different sized thumbs and play styles.

Microsoft and Scuf announced their partnership in June 2015 at the Electronic Entertainment Expo trade show alongside the introduction of the Xbox Elite Wireless Controller. Microsoft aimed that $150 high-end device at pro gamers, but demand for the Elite caught on among the wider Xbox One and PC communities. The controller was sold out through much of the holiday season last year, and sales for the device were up 46 percent year-over-year in November.

“Since inception, our vision has always been to cater to the top 10 percent of the market, but we also see the mass-market benefits of the innovative features and functions we patented,” Scuf Gaming chief executive Duncan Ironmonger said in a statement. “Over 90 percent of top professional gamers use Scuf, so our handcrafted SCUF Infinity Series are always built with weight, performance, precision, and design in mind. Not everyone is aware we exist so, now we are able to offer the wider market an alternative through our partnership with Microsoft to further increase awareness with the launch of the Xbox Elite Wireless Controller and our Scuf Elite accessories.” 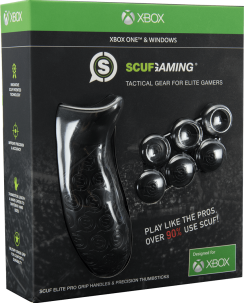 Above: Thumbsticks and more from Scuf.