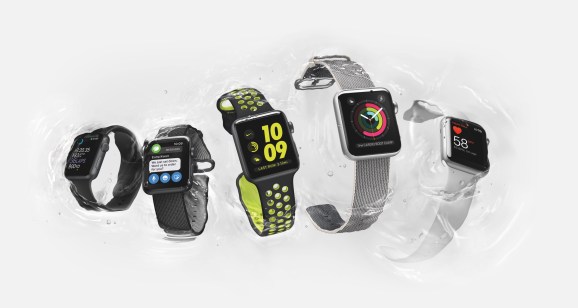 Holiday shoppers aren’t buying as many Apple Watches and Fitbit wristbands as marketers had predicted amid broader difficulties by wearable smart device makers in expanding sales beyond early adopters.

Potential customers, it seems, have not found the growing cost and greater capabilities of devices like the Apple watch worth the investment, eMarketer analyst Nicole Perrin says. “Without a clear use case for smart watches — which have more features than fitness trackers, but significant overlap with smartphone functionality — the more sophisticated, expensive devices have not caught on as quickly as expected,” Perrin noted in the report.

The report is consistent with other data from the wearable market this year. Shipments of wearables grew only 3 percent in the third quarter, according to International Data Corp. Fitbit’s stock price plunged 30 percent in 10 minutes last month after the company issued a tepid forecast for holiday sales that would reflect almost no revenue growth from last year (though the company blamed manufacturing shortages and weak consumer demand in Asia).

Apple has clearly seen the trend already. The company’s second-generation watch is far more focused on the kinds of health and fitness activities that originally led to Fitbit’s popularity. And Fitbit (FIT -0.87%) has been retooling its products, seeking to add some smartwatch-like capabilities without driving up prices too much. Smaller, more focused makers like Garmin have experienced stronger sales, according to IDC, while Asian manufacturers Samsung and Xiaomi have had success at the low end with inexpensive models or by giving deals on smartwatches to phone buyers.

“Younger adults are getting into the wearables market primarily with fitness trackers,” Perrin wrote. “The lower price point and clear use case make sense for this group.”