Some Nexus 6P owners around the world are reporting their phone has started prematurely shutting down. The device powers off all by itself long before the battery is depleted, or at least before Android indicates it is depleted. We contacted Google and confirmed that the company, as well as Huawei, the phone’s manufacturer, are investigating the issue.

Google unveiled its Nexus 5X and Nexus 6P phones, the first Android 6.0 Marshmallow devices, back in September 2015. The earliest adopters therefore could have only had the Nexus 6P for 14 months — not a very long time to be experiencing such a serious flaw.

The common thread in the reports appears to be upgrading to Android 7.0 Nougat, which Google released for the Nexus 6P on August 22, 2016. And yet, some owners who decided to downgrade back to Marshmallow report that the problem persists.

Here are a few examples of reports on the Google Product Forums:

The first four are from October, but the last one, from August, has a screenshot that says it all: 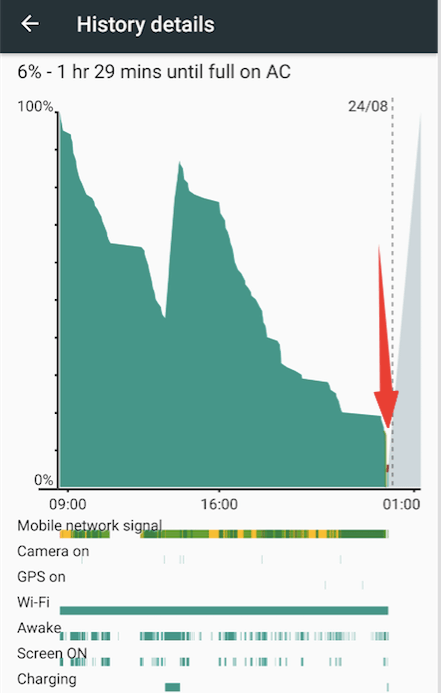 While this problem has clearly been going on for many months now, it got highlighted with a fresh submission on Reddit today that shot to the top of the Android subreddit. That post also points to a Google Code issue thread with the majority of its comments made just today and over 1,000 stars. That issue, number 227849, has a status of “assigned” and a type of “defect” — meaning it has been acknowledged — but its priority is set to “small.”

We will update you if we hear more about how Google’s and Huawei’s investigation progresses.

Update on December 27: “Thanks for your patience while we investigated this issue with Huawei,” a Google spokesperson told VentureBeat. “We’re very sorry for any inconvenience this issue has caused some of our Nexus 6P users. For any customers who purchased a Nexus 6P through the Google Store that have questions or concerns about their battery performance, please contact us via the Google Store Support number here. Customers may also contact us anytime via the support tab on their devices if they have the latest software update.”

Update in 2017: Many are still experiencing battery issues with their Nexus 6P. I have been told that your best option for a fix is to get a replacement. If you bought your phone from the Google Store, contact Google. Otherwise, contact Huawei, though keep in mind that the company may simply refer you to your carrier.