Nintendo is capitalizing on its brand, and it is starting to pull away from PlayStation and Xbox in terms of consumer mindshare.

Search volume for Nintendo-related terms grew to triple the size of PlayStation- or Xbox-related searches, according to internet-data firm SimilarWeb. New products and announcements were responsible for most of this growth. Interest in Pokémon was a significant contributor as fans returned to the series following the release of Pokémon Go in the summer. But the publisher saw its biggest spike in search volume starting in October following the announcement of the Nintendo Switch hybrid home/handheld console, which is due out in March. Nintendo’s buzz only grew in November as the company released the NES Classic Edition throwback console and Super Mario Run for iOS devices. 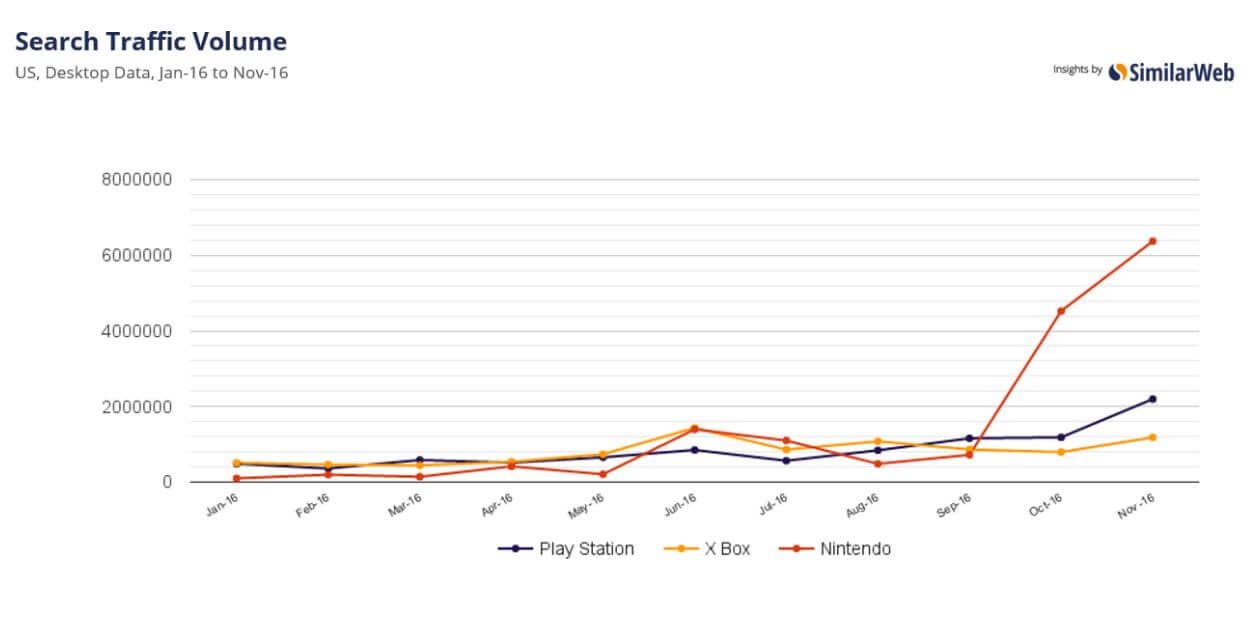 Above: Nintendo is generating more interest than either PlayStation or Xbox.

For this data, SimilarWeb only included search terms related to console products from Sony, Microsoft, and Nintendo. So if the term had more to do with a game, controller, or other accessory — like “Pikachu” or “DualShock4” — then those searches did not count toward this total.

But in identifying the keywords, SimilarWeb found one of the major reasons for the growth in buzz for Nintendo products: It has multiplied the number of terms that people are searching for in the last couple of months. 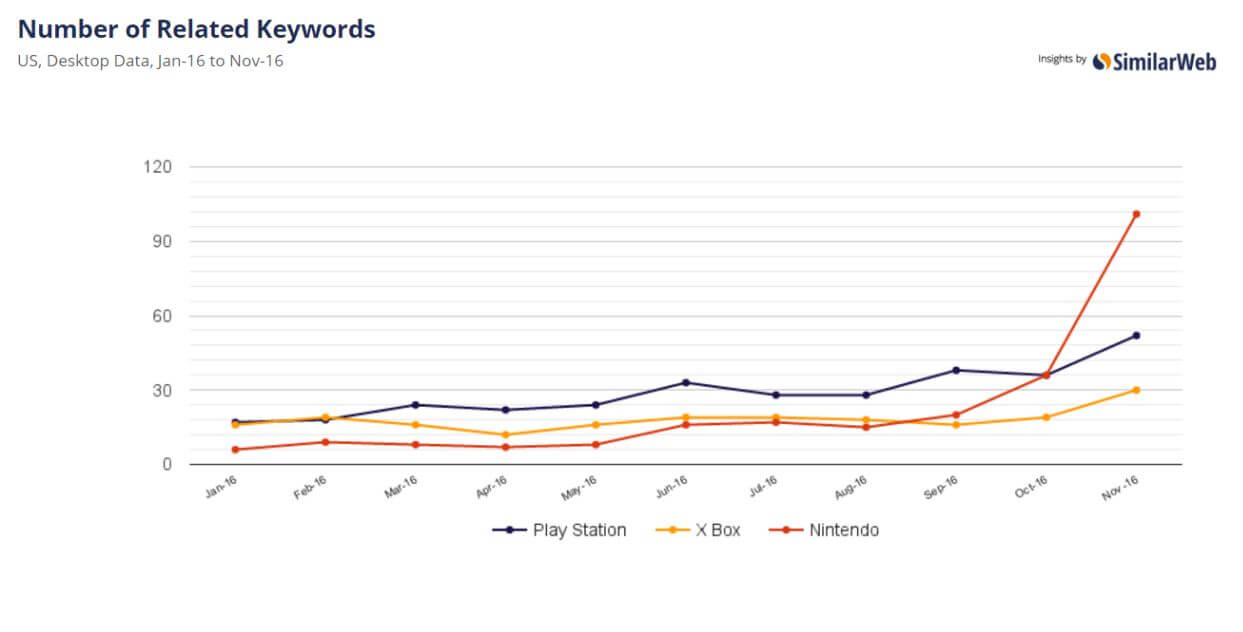 People are searching for far more Nintendo-related terms than either of the other major console brands.

So Nintendo is blanketing the market with a variety of products, and that is starting to pay off in terms of attention from gamers. And this only includes searches related to the consoles themselves. Nintendo has also started growing its merchandising and licensing division to create more consumer products that appeal to nostalgic fans. That includes fashion items like Van shoes and hygiene tools like Mario-shaped electric toothbrushes. In 2017, Nintendo will likely continue attempt to fuel this momentum heading into the launch of the Switch and beyond all the way to the opening of the Nintendo attractions at Universal Studios theme parks in 2018 and 2019.