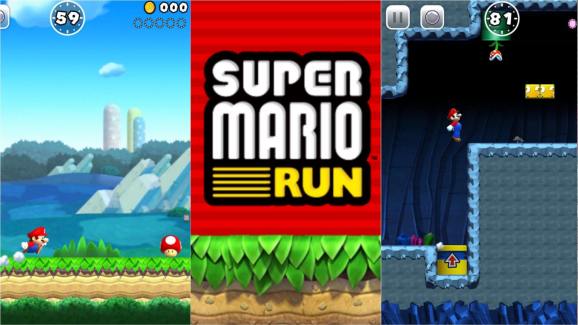 Super Mario Run was mammothly popular on iOS, and now it's on Google's mobile operating system.

Mario has star power, and I’m not talking about invincibility.

Super Mario Run was downloaded 40 million times in the first four days of its release worldwide, according to Nintendo. The publisher confirmed that figure in a message on Twitter. That makes the platformer easily the fastest app ever to 40 million downloads in the $36.6 billion mobile gaming business, and it hasn’t even launched on Android yet.

Nintendo did not share its revenues, but the game spent the last several days at No. 1 on the grossing list in a number of countries around the world. That means it was likely generating between $2 million and $5 million per day from the United States alone.

#SuperMarioRun has reached 40 million downloads worldwide in just 4 days! Thanks for playing, everyone! pic.twitter.com/GwMcUZwdeW

This early success for Nintendo’s first mobile game (it previously only released the Miitomo social app in March), represents the company’s move into an important market that could generate hundreds of millions of dollars in revenue. Super Mario Run doesn’t even use the microtransaction business model that has help games like Clash of Clans and Candy Crush Saga earn more than $1 billion in a year. Instead, Nintendo has made its runner free to download, and then it only asks for $10 to unlock all of its content.

Most other mobile games don’t have that kind of paywall and instead let a small percentage of “whales” spend hundreds — if not thousands — of dollars to subsidize the rest of the non-paying audience. This model will likely mean that Super Mario Run will not maintain its place at the top of the grossing chart, and we’re already seeing that.

The game has dropped from No. 1 after only three days at that position, according to intelligence firm Sensor Tower. Pokémon Go, on the other hand, held onto No. 1 on the grossing chart for weeks with its free-to-play microtransactions.