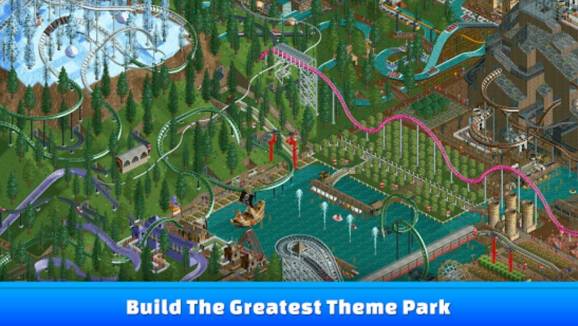 RollerCoaster Tycoon is back on mobile.

“As the creator of the original RollerCoaster Tycoon PC games many years ago, I have seen how much excitement and entertainment they have brought to players all over the world,” RollerCoaster Tycoon producer Chris Sawyer said in a statement. “It was my long-term ambition to bring the classic game to modern touchscreen devices as its visual style and tactile nature are so well suited to smartphones and tablets.”

Atari, which owns the RollerCoaster Tycoon franchise, launched RollerCoaster Tycoon World for PC earlier this year, and fans have had a mixed reaction to that sequel. But the company wants to use Classic to win over lapsed players as well as some new converts. After all, this is one of the game franchises that kicked off the “tycoon” genre with its emphasis on designing and managing that we now see in games like Game Dev Tycoon.

“Working with Origin8 Technologies, we have been able to modernize the classic gameplay [of RollerCoaster Tycoon] for touchscreen devices while preserving the unique graphical style of the original games,” said Sawyer. “I believe fans of the series will greatly enjoy playing the classic titles enhanced on a new platform.”