Retro gaming fans are getting good news just in time for Christmas, as the long-awaited Sinclair ZX Spectrum Vega+ handheld gaming console has now been given an official launch date of February following a number of delays.

Announced in February this year, the Sinclair ZX Spectrum Vega+ is a product of Retro Computers, with an endorsement from none other than Sir Clive Sinclair himself. He emerged as a key figure in the U.K. gaming industry in the 1980s, following the success of 1982’s 8-bit ZX Spectrum computer, which served as the country’s main competitor to the Commodore 64. The ZX Spectrum never officially made it across the pond to the U.S. (some folks imported it or later used computer emulators to play its games), but with an almost tangible wave of nostalgia sweeping across the gaming realm in recent years, this handheld will enable people to experience the games in a new way. 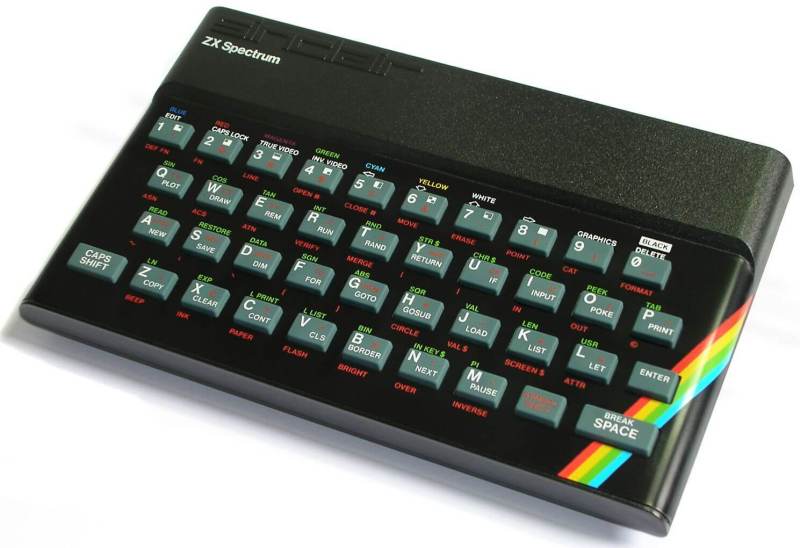 Indeed, retro gaming is something of a growing market, with publishers releasing collections and remasters of older hits. The mighty Nintendo announced the $60 mini NES Classic Edition console earlier this year, and since launching to the public in November, it has sold out at nearly every turn. The retro console is even giving Nintendo’s more contemporary Wii U handheld a run for its money.

Back in 2014,  the ZX Spectrum brand was brought back to life via a microcontroller computer that you plug directly into your TV — however, the machine wasn’t developed with backing from Sinclair himself. This time around, Retro Computers has Sinclair on board, as well as industrial designer Rick Dickinson, who was responsible for the designs of the original ZX Spectrum machines. Dickinson produced the concept design for the ZX Spectrum Vega+.

The console promises a full-color LCD display with 1,000 licensed games built in.

The development and marketing of the Vega+ is coming from Retro Computers, a startup that counts Sir Clive Sinclair’s company, Sinclair Research, as a shareholder. Retro Computers has licensed the intellectual property rights from Sky In-Home Service, which inherited the Spectrum’s rights from Amstrad — which had, in turn, acquired them from Sinclair Research way back in 1986.

The Sinclair ZX Spectrum Vega+ was crowdfunded through Indiegogo, nabbing £485,000 ($600,000) in the process (367 percent of its original funding goal). It was originally scheduled for a September launch, and then, after a number of delays, there was hope it would ship in time for Christmas.

But crowdfunding projects have gained something of a reputation for failing to deliver, and with so many delays to the new Sinclair ZX Spectrum Vega+, some of the backers were starting to feel a little queasy. Just yesterday, one comment on the fundraising page said:

The protracted silence starts the mind pondering… . Saving backers money for legal battles in the new year? Avoiding production so money can be alloted [SIC] to legal fund? Perhaps no money left in pot at all.

According to Retro Computers, first noted by the BBC, it’s not money issues that has caused the delays but a series of technical problems, the most recent being an issue with the buttons. The company said:

We identified an improvement we believed was essential to the Vega+ gaming experience. An improvement that would make the feel of the product far better, including a correction in the design of one of the buttons making it more robust and able to withstand the rigors of extended game-play. We also wanted to make sure we did justice to the Sinclair legacy.

In short, the company is now confident it will be able to dispatch the first units in February. How many that will be still isn’t clear, but if it fails to deliver this time around, there could be more than a few people asking for their money back.