While tempting to dismiss virtual goods as a niche category, constrained to online games and messaging apps, its real market impact is far larger than many might think. Since the earliest social networks, virtual goods have played a critical role in shaping the behaviors and business models behind many of today’s major trends in online engagement. Virtual goods now create more than $15 billion in annual revenue. Here are five ways developers and entrepreneurs can directly benefit from those learnings.

Like many online publishers, some early social-game developers focused on monetization opportunities via digital advertising. Launched in 2001, one of first to gain traction with this approach was a massive multiplayer online (MMO) role-playing game, Runescape.

Even in the earliest days, some of the most active players expressed a willingness to pay for in-game items to enhance their experience. While Runescape developers took note of the behavior, they chose to clamp down on it to preserve the “sanctity” of game. As a result, players found more creative ways to build their own black markets – effectively achieving a hacked-together style of freemium economics.

Today’s modern startups have learned that ignoring the behaviors of most engaged customers comes with great risk. While Runescape earned its developer a respectable $30 million in annual revenue by 2008, that figure paled in comparison to the far more lucrative virtual goods market (already valued at $1 billion-plus dollars) that was there for the taking.

Runescape may have been one of the first major MMOs to fuel a “black market,” but it wasn’t the last. With the rise of games like World of Warcraft, the unofficial market for virtual goods transactions grew considerably. One of the most notable new trends was the practice of gold farming, whereby some players focused solely on accumulating in-game currency for resale. In effect, they approached the game as their primary employment, with a relatively predictable minimum wage. To get a sense of scale, the gold farming market was estimated to be worth nearly $2 billion non-virtual dollars globally by 2009.

The demand for illicit virtual goods gave rise to third-party platforms focused solely on facilitating exchanges between players. Today there are hundreds of platforms offering “secure” opportunities to buy and sell everything from in-game currency to entire player accounts.

More recently, it’s become clear that smartphone screens have evolved into the most important battleground for consumer attention. In 2014, the number of mobile users officially surpassed the number of desktop users, and the gap continues to widen.

Mobile gaming has benefited greatly from this trend. Not only have mobile games surpassed console games in terms of total revenue, but they’ve also grown at nearly five times the rate. In fact, mobile gaming currently represents a staggering 85 percent of all app revenues, in any form. 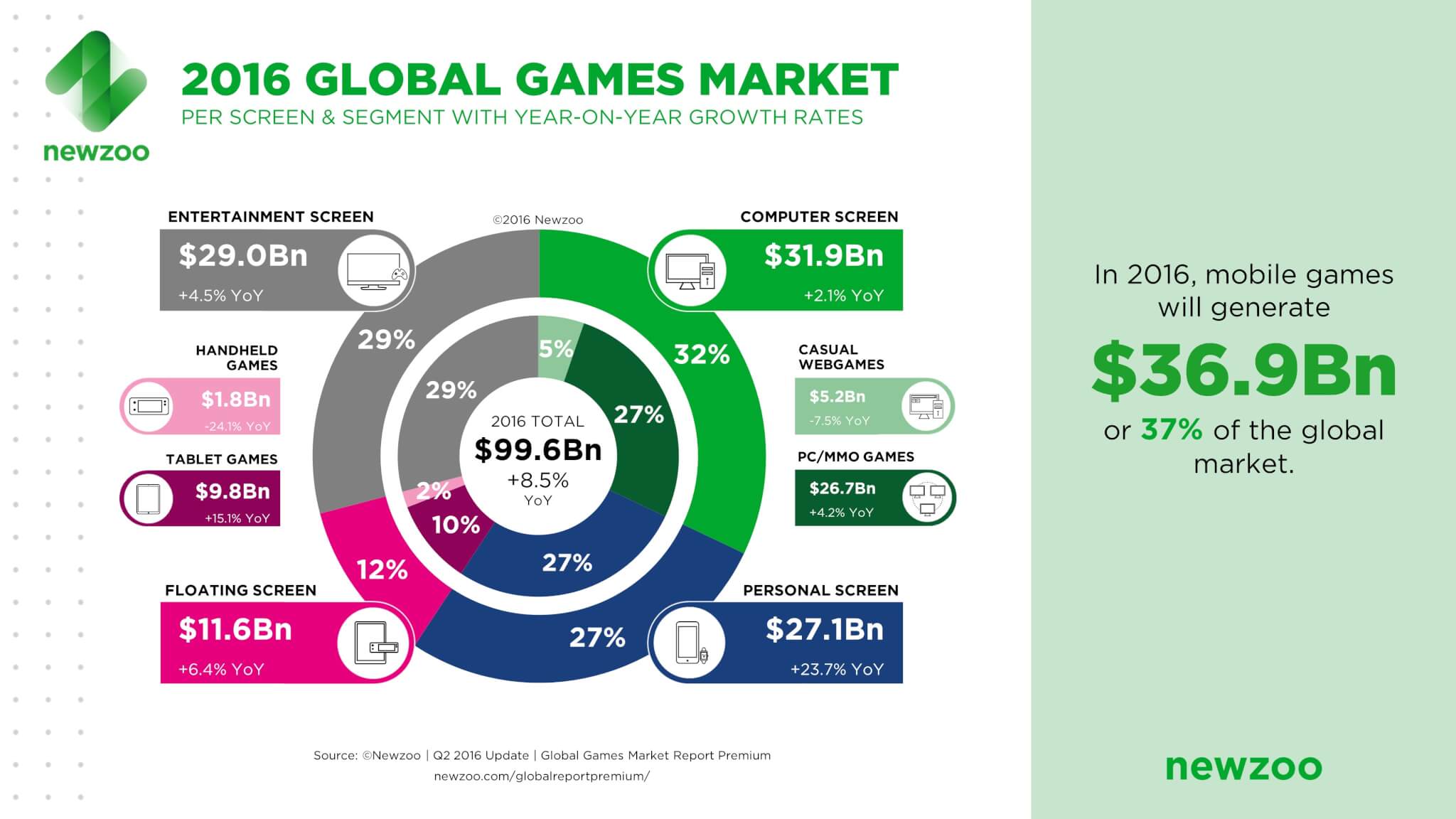 This rapid market acceleration is evidence that the appeal of virtual goods has successfully made the jump from desktop experiences to the casual smartphone market. In fact, it’s no coincidence the same freemium model of gameplay demanded by early MMO players has emerged as the dominant framework among mobile games. By tweaking the same model for shorter-duration experiences, developers were able to build an entirely new base of casual virtual goods consumers.

Lesson #4: Engage your community of makers

While developers dictate a game’s structure, users dictate its culture. Similar to social-engagement patterns across web, there’s a small subset of highly engaged players who create the customs, quirks and content that imbue games with lasting appeal and a sense of community. When given the tools to make things and earn recognition, these makers can unlock creative new experiences for all players.

Recently, Valve has benefitted from this phenomenon within its Steam platform for PC gaming. As of January 2015, the company announced cumulative payouts of $57 million to community members that had made in-game items, with average earnings of $38,000 per contributor. As an additional signal of market potential, Steam even announced it would facilitate the sale of virtual items for third-party games outside of its ecosystem.

This is just the latest incarnation of a model dating back to the tremendous success of Second Life, which similarly gave players the ability to create and sell unique virtual goods to each other. In 2009, the total size of the Second Life economy reached $567 million. By the platform’s ten-year anniversary, Linden Labs estimated approximately $3.2 billion dollars (USD) worth of transactions had taken place.

By allowing a subset of creative users to take greater control of product experience, developers can exponentially increased both the scope of their products and community engagement.

Following the success of Second Life, Minecraft rode a similar wave into mainstream popularity after its 2009 launch. Like Second Life, much of Minecraft’s stand-out content comes from its players. Instead of financial rewards, Minecraft’s appeal was built on social capital – stemming from the robustness of its creation tools, the capability to create with other community members, and the recognition for building something truly amazing.

In fact, Minecraft was so successful here that its community of makers even took their engagement beyond the virtual world. According to Newzoo, Minecraft-related YouTube videos were watched four billion times during May 2015 alone. The community even crowdsourced support for an official Minecraft Lego set, which sold out almost immediately upon release.

While Minecraft may not have directly pushed users to create external content, it acknowledged their passion for self-expression, collaboration and love of bragging rights. In doing so, the game sparked a broader movement among makers that exponentially improved everyone’s experience.

Since their initial adoption nearly two decades ago, virtual goods have come to represent a core part of our engagement on the web. From in-game items to full-blown currency, they have been adapted by online communities to promote an ever-expanding set of experiences. By continuing to monitor their evolution, we’ll undoubtedly gain valuable insight into the changing rulebook for building long-lasting digital products.

Alon Bonder is a vice president at Venrock, investing in and advising early-stage startups in key tech growth sectors such as autonomous vehicles and artificial intelligence.