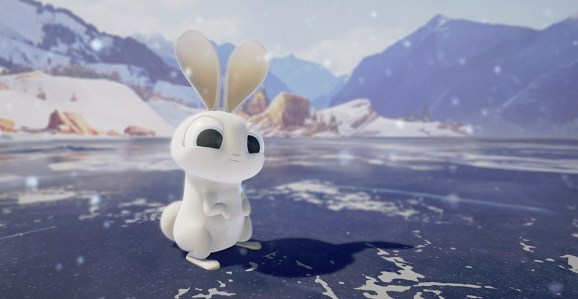 The hero of Invasion!

As more filmmakers dip a toe into VR, the sheer volume of 360-degree video releases can be overwhelming. Samsung today just released its top five most viewed videos on its Samsung VR service in 2016, including The Conjuring 2 – Experience Enfield VR 360 and a couple of Six Flags rides, Twisted Colossus and Tatsu. Apparently the most-viewed video on the service in 2016 is The Beginning from Singularity Lab, which traces the birth of the world.

In addition to those, here’s a list of 10 more notable projects you might’ve missed in passive VR.

This is a nice preview of what National Geographic is capable of given the recent announcement of their “Live 360” offerings on Facebook. The inclusion of the floating “TURN AROUND” logo in the water to direct the viewer’s action feels effortless, but also right out of a horror movie — it’s very cool.

Given the time of the season, it would be remiss not to end on a festive note. This experience makes a case for how to create 360-video for the masses. The host even instructs you how to “look around” and mentions a few choice exhibits. With the glittering decorations and colors, it would be hard to find a better pairing than 360-video and Christmas lights. And in some ways it makes sense — wasn’t Rudolph an early tech adopter?

3. Tomorrow, the Evolution of Language

Created by the Madrid-based team Future Lighthouse, “Tomorrow” is a thrilling experience that almost borders on metaphysical. The sweeping sound design is what really makes this a perfect piece of content. Even though you are watching passively, you still “move” through the experience, which helps reflect the theme of the piece (society’s next step in evolution) but also makes the viewer feel like they are going on a real journey.

From: New York Times and MILK(vr), Written and directed by Gina Prince-Bythewood

Being rejected by Natalie Portman has never been so cool. The noir-style music of this black and white “film” makes the future tech feel strangely nostalgic. Proof that 360 Video can be short and sweet and still be effective.

From: 30 Ninjas, Directed by Doug Liman

Invisible is a huge undertaking, billing itself as “the first major scripted series designed specifically for 360-degree virtual reality.” The five-part series follows a powerful family with a supernatural secret. The content is wonderful, but a critique would be that the quick cuts between scenes could make for a headache of an experience in 360.

From: Written and directed by Adam Cosco

Cosco is a wonderful example of a VR “auteur,” and KNIVES is critically acclaimed for a reason. It has great pacing, well-chosen music, and great performances. Most noteworthy is the utilization of different camera angles to give it more of a renegade feel (think Tarantino). This is a technique other VR filmmakers would be wise to add to their tool-kit. The narrative is suspenseful and demonstrates how the silver bullet of VR experiences (especially passive VR) is always story.

Probably the most well-known passive VR experience, Invasion! has an easy to follow storyline and cute characters worthy of Pixar. The smartest technical inclusion is characters directing the audience where to look (if you look at Mr. Bunny, he is staring at the aliens when the viewer is supposed to, drawing your eye forward). Smart and sweet, the short is being developed into a full-length animated feature by Joe Roth’s production company Roth Kirschenbaum.

This is your brain on love! Fun, great usage of music and color, and a great prototype of how small, specific concepts often pack the biggest punch in VR.

It behooves the VR industry to have “mainstream” directors play in the space, but only if their creative vision make sense for the medium. This is a solid example of how to formulate a new experience that feels like a natural extension of a brand. Elliot speaks to the viewer in a manner right out of the TV show, but the camera angles and movement are only possible in VR. Brilliantly executed, and retains momentum even though the experience tops 13 minutes.

Studio marketing departments should have this experience on file under “how to promote a film.” So smart and succinct, and gives as much of a “rush” as any interactive VR experience. Using the demo with a skateboard (as showcased at VRLA) isn’t necessary, but adds to the fun.

Maggie Lane is a writer/producer in the VR space. She has a television and film background, most recently developing content for Weta Workshop. She would like to own the bunny from Invasion as a pet.